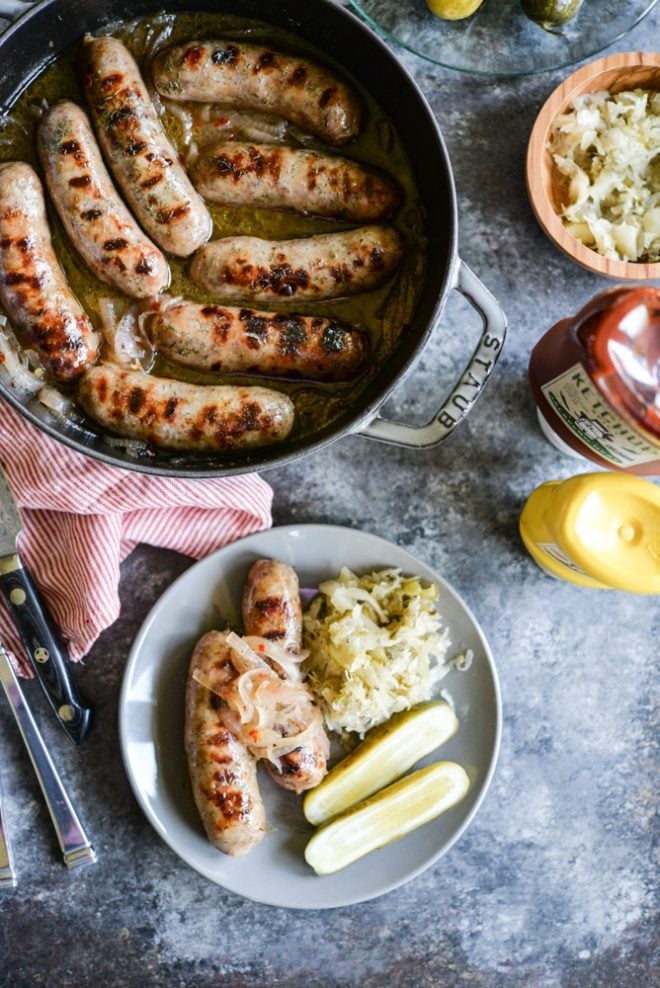 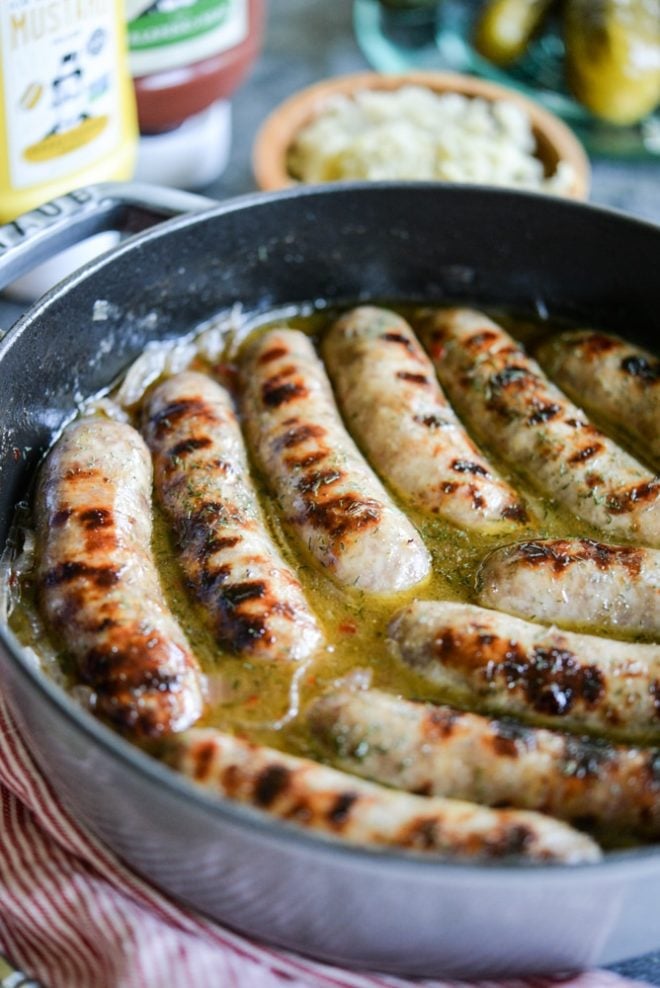 Where there's a will, there's a way, my dear. My will led me to something especially dude-friendly for this special dude (dad, specifically) weekend. It led me to something involving meat, which led me to bratwurst. Aside from tossing them on the grill (a legitimate way to cook up the tasty morsels), I wanted a way to infuse just a bit more love. Beer brats are a dude-meal cult classic, but (in my effort to infuse said bit more love) I wanted to put a thoughtful new spin on the dish. Hard cider is a naturally gluten-free alcoholic beverage; slightly sweeter than, but just as effervescent as a traditional brewski.

These hard cider brats come together quickly! First, toss a chopped small red onion in a large dutch oven (or heavy bottomed pan) with a few tablespoons of butter. Toss to combine, then add one beer's worth of hard cider. Bring to a boil, add the raw bratwursts, a few sprinkles of your chosen spices, and simmer for 15 minutes. At this point, the brats are actually cooked, but they're not quite ready for their glamorous big reveal.

To add in even MORE love, I took these brats out to the grill. I seared them on each side for about 4 to 5 minutes, or until they have some nice markings. Note: I included oven instructions below for those of you who don't have a grill. 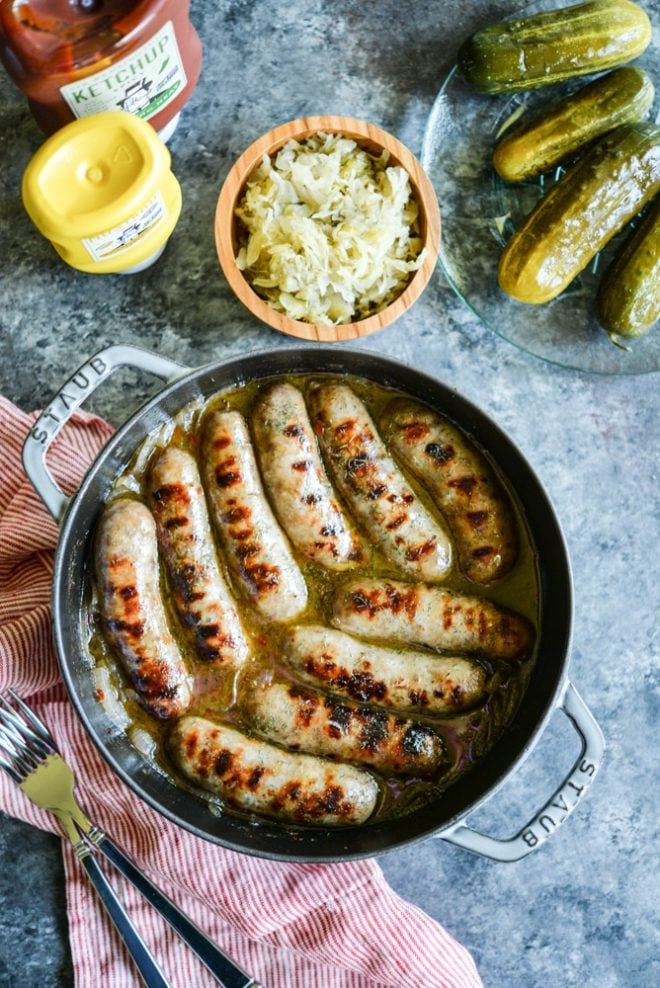 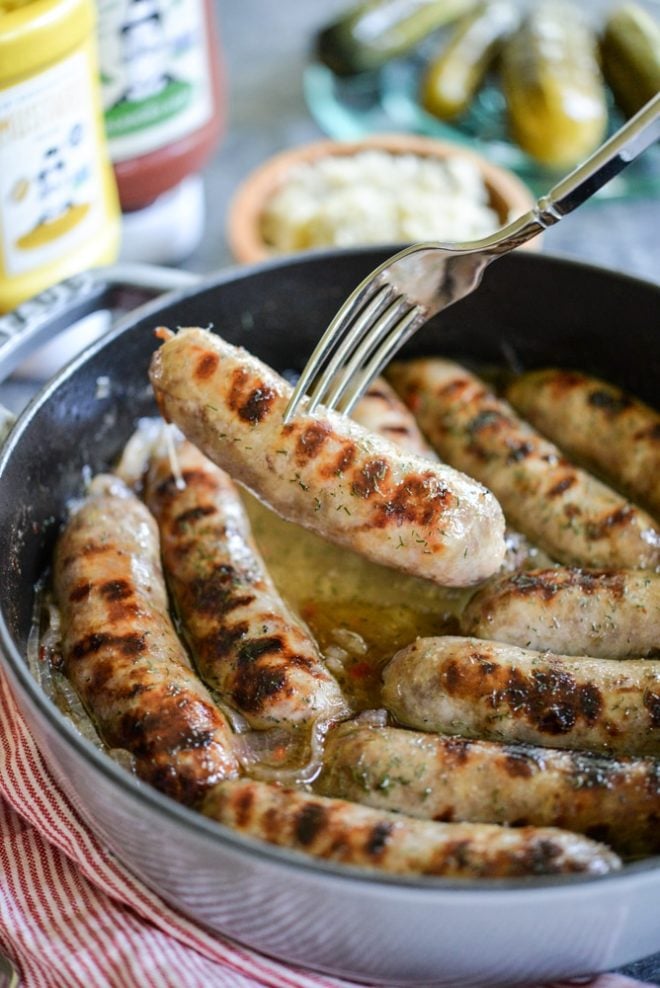 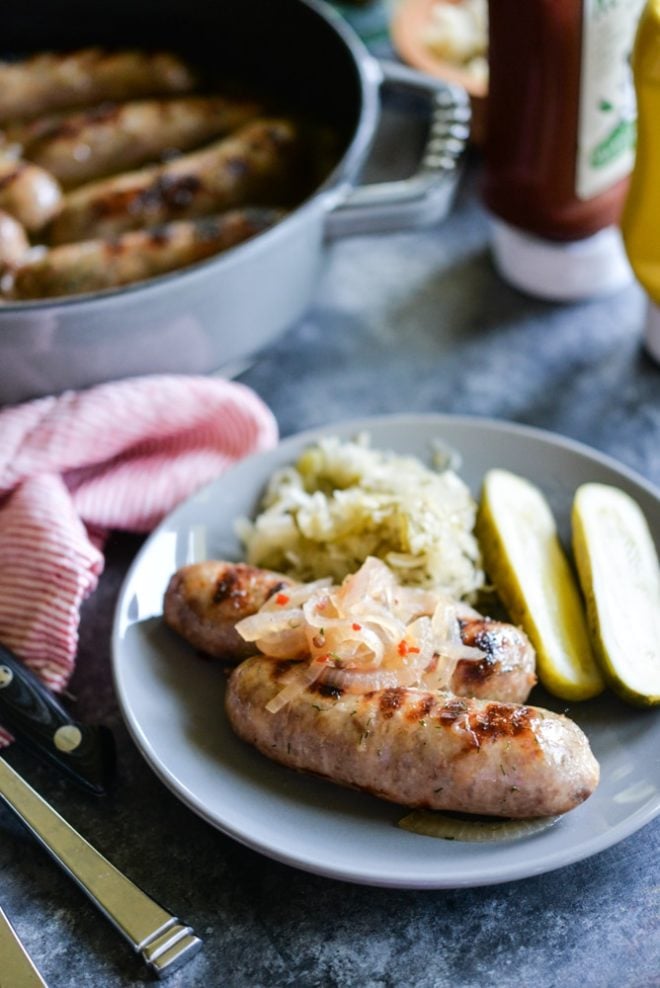 I hope you enjoy these hard cider brats and that you're able to celebrate with your most favorite father figure.