This may be the most delicious paleo dish I’ve ever created. A Mexican food staple, chili rellenos are typically filled with a cheesy meat mixture, battered, and then fried. They are topped with an assortment of sauces that can range from a cooked red salsa to a queso cream sauce. They are delicious, but can be terrible for you.

I miss the tasty Mexican dish so decided to attempt a paleo version. It turned out SO well.

I chose to make my chili rellenos with poblano peppers. Although Hatch chilies are celebrated as making the best chili rellenos, poblanos are in season MUCH longer and are easier to work with.

Why eat peppers? Peppers have some great health benefits. Peppers, hot or mild, contain an impressive amount Vitamin A (good for eyesight and immune system), C (may reduce risk of cancer), and B6 (vital for brain and immune chemical reactions). Peppers also contain a compound called capsaicin that has been shown to promote weight loss, reduce appetite, and help relieve pain. The hotter the pepper, the more capsaicin it contains. Poblanos are mild but do have some spice.

I stuff my peppers with simple browned ground meat seasoned with some Mexican spices. I chose beef for this recipe but have also made it with ground chicken, turkey, and bison. All versions are tasty.

I served the stuffed peppers on top of a cooked Mexican red sauce. The sauce is ridiculously tasty and will have you wanting to pour it over everything.

The only ingredient that may be hard to find is Mexican oregano. If you can’t find it, don’t fret; regular oregano works just fine.

I recommend you enjoy this Paleo Chili Relleno with a Fed and Fit Skinny Margarita. 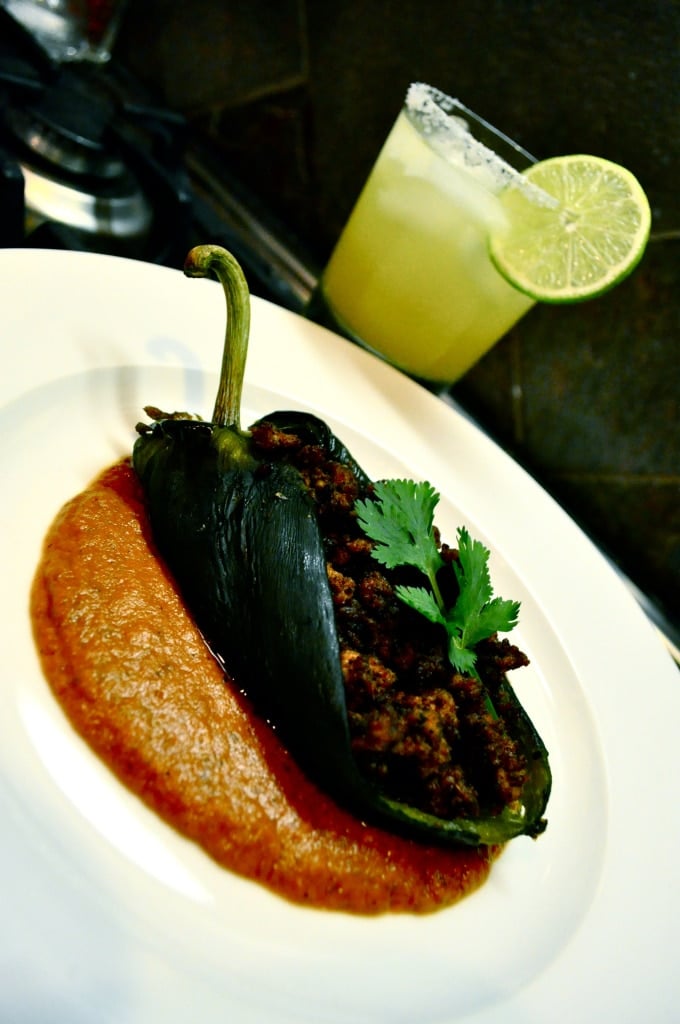 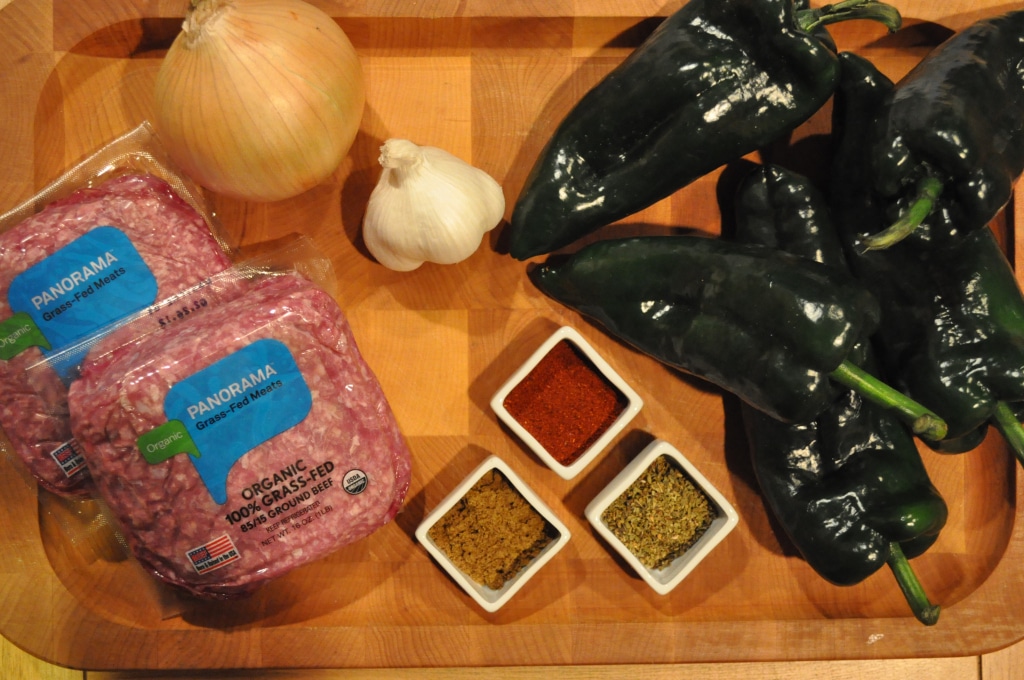 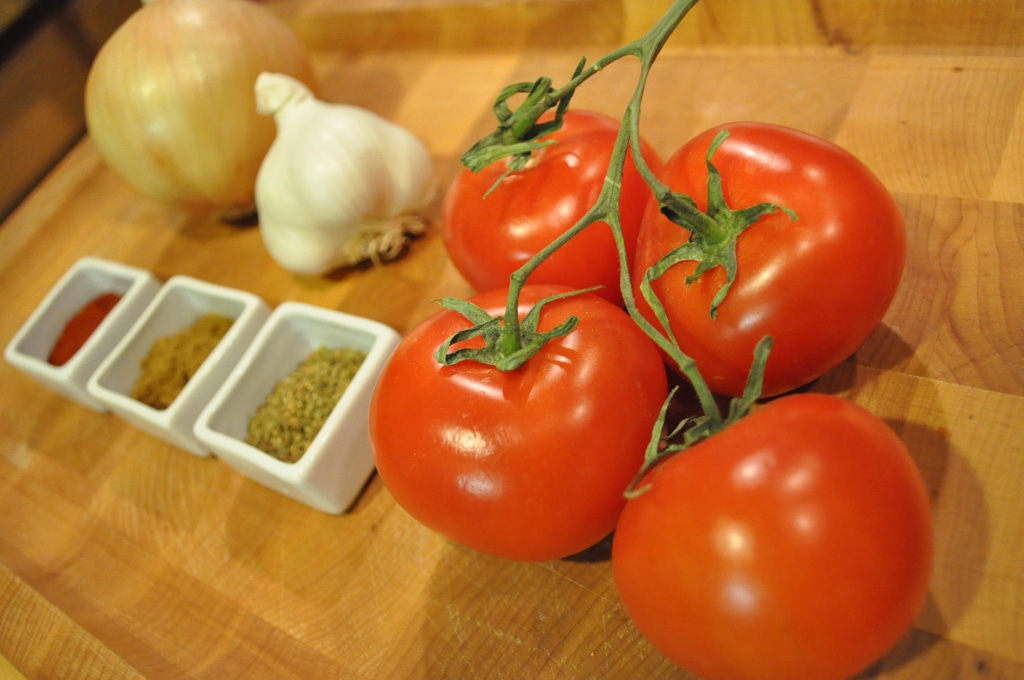 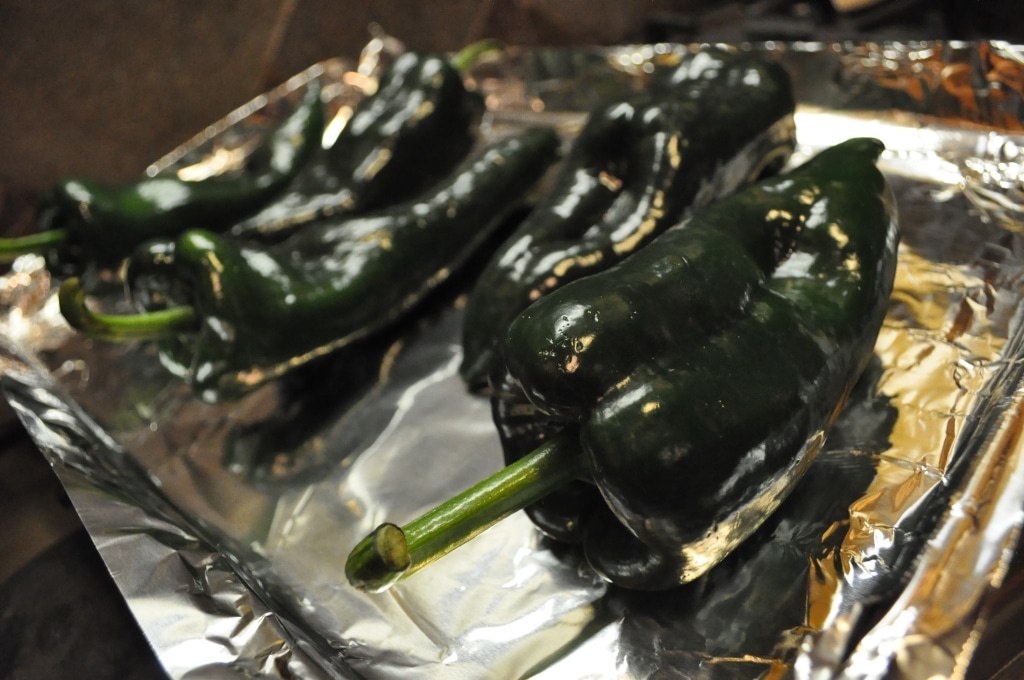 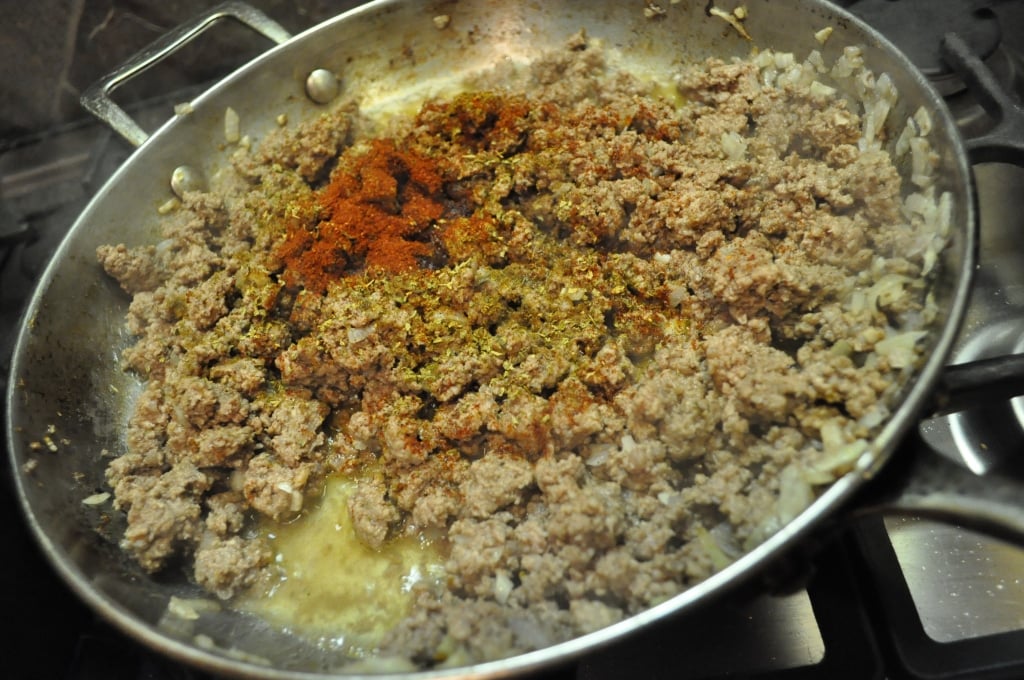 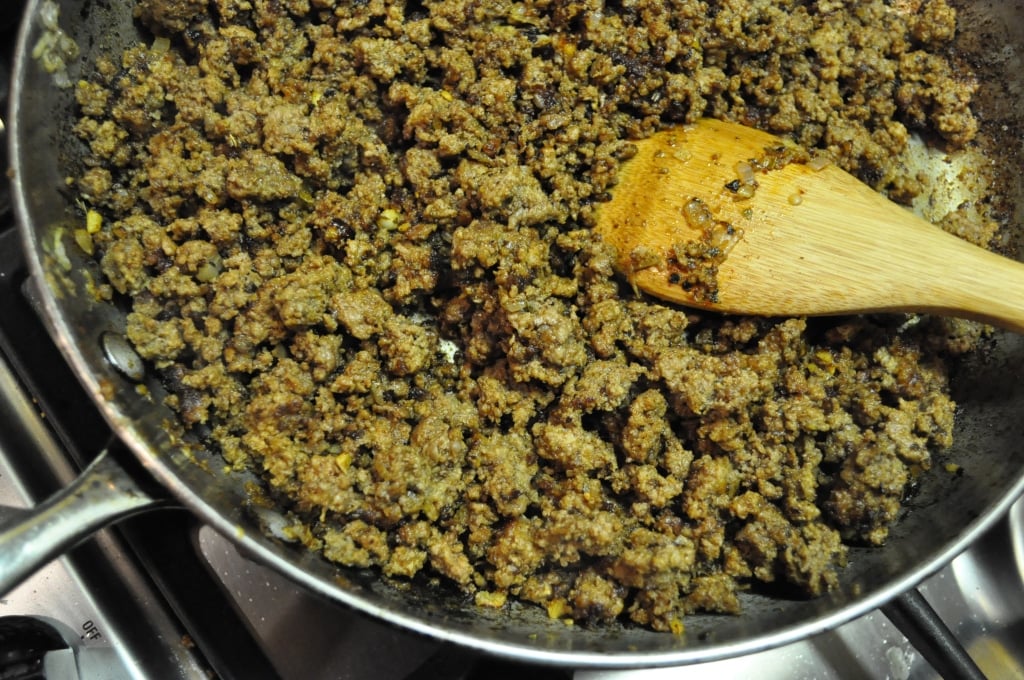 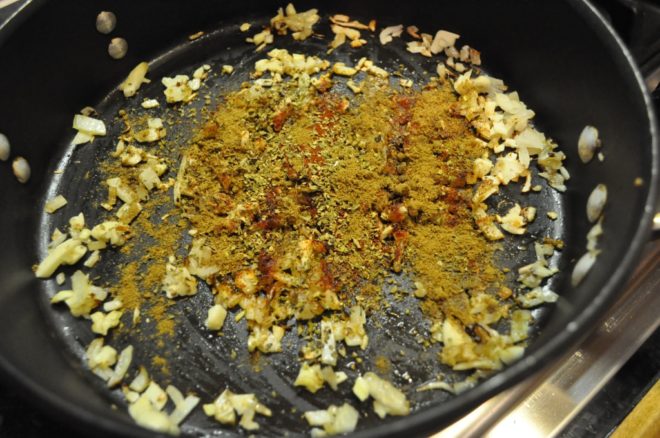 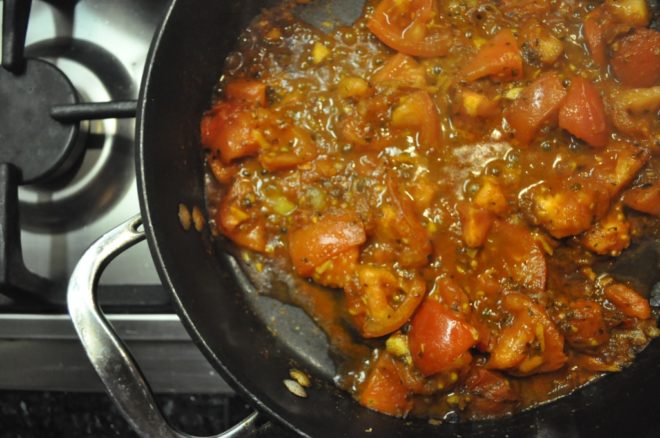 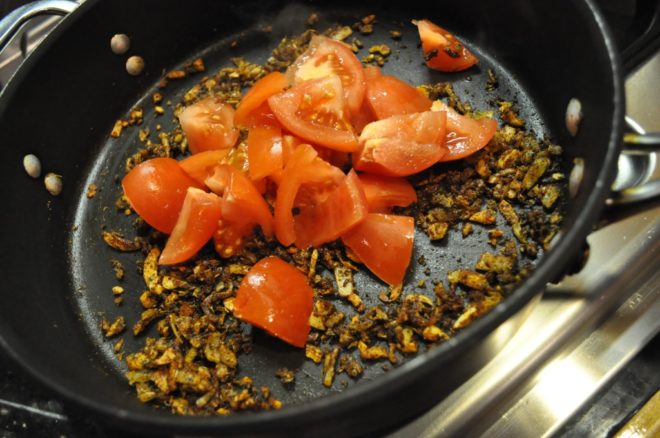 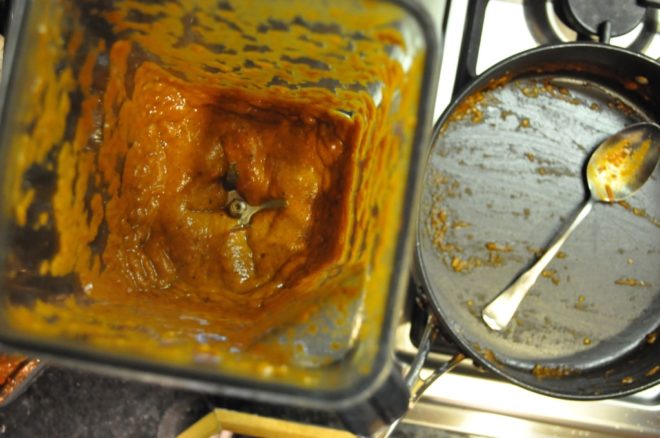 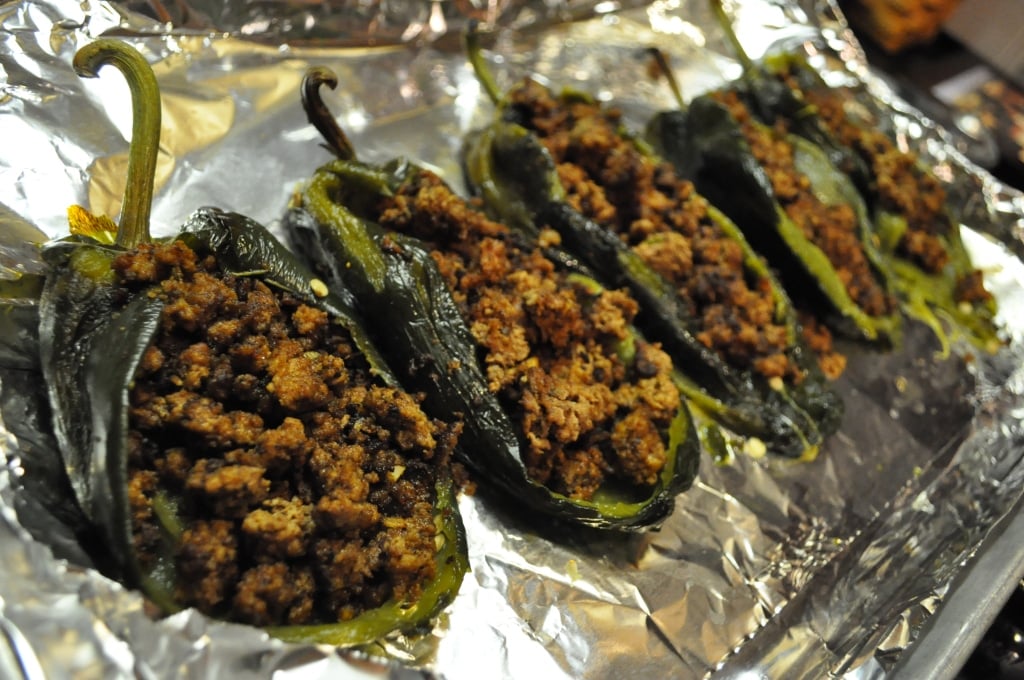 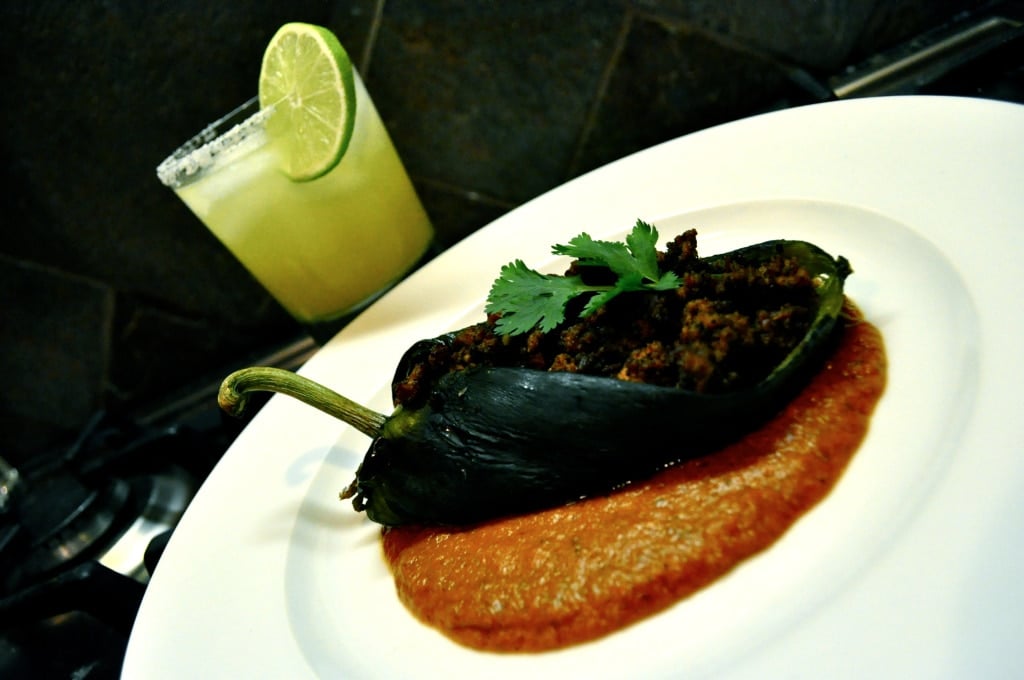 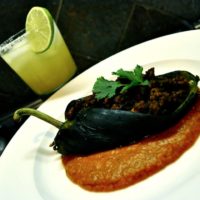 If you have an open grill or gas stove, you can char the peppers there.