How to Cook Pork Tenderloin in the Oven + 3 Marinades 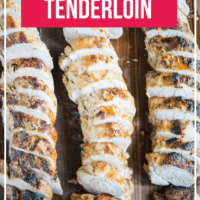 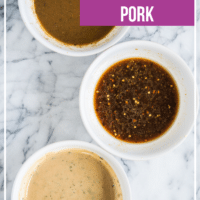 Today we're showing you how to cook perfect pork tenderloin in the oven every time, and sharing our 3 favorite marinades! With this guide, you'll never have to sit through a dinner of dried-out, flavorless pork tenderloin again. 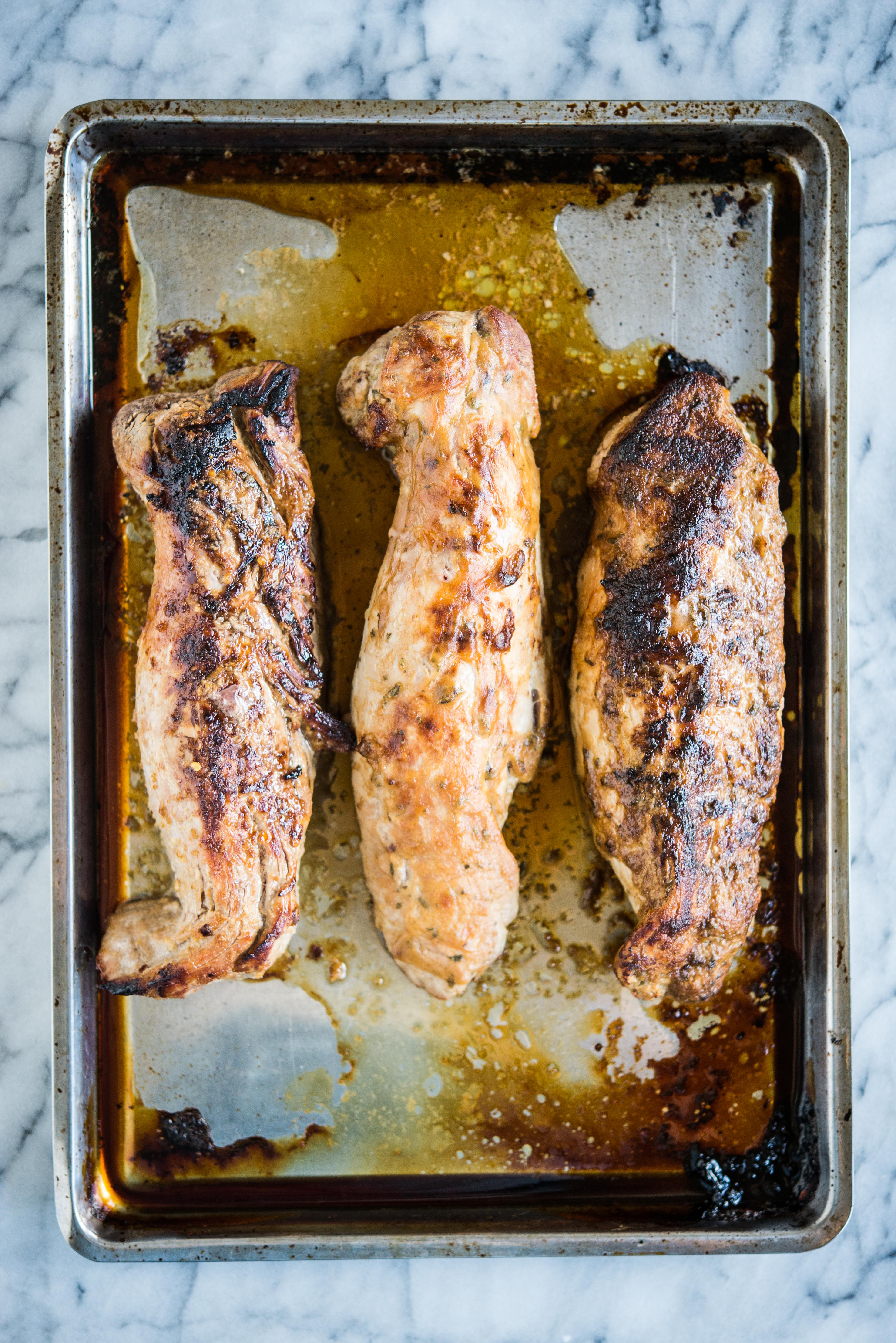 Pork tenderloin has long been one of my go-to dinners. It's affordable, it cooks up quickly, it tastes great and is perfect for leftovers, and it for some reason feels a little fancier than our typical fare. However, it took me a while before I finally figured out to cook a juicy, flavorful pork tenderloin. Without the right technique, you can easily end up with dried-out, bland pork, but today we'll show you exactly what you need to do to get perfectly-cooked pork tenderloin in the oven every time!

What's the difference between pork loin and pork tenderloin?

First things first, let's clear up a common confusion! While they may sound the same and are actually cut from the same part of the pig, pork loin and pork tenderloin are NOT the same things. Here's a comparison of the two: 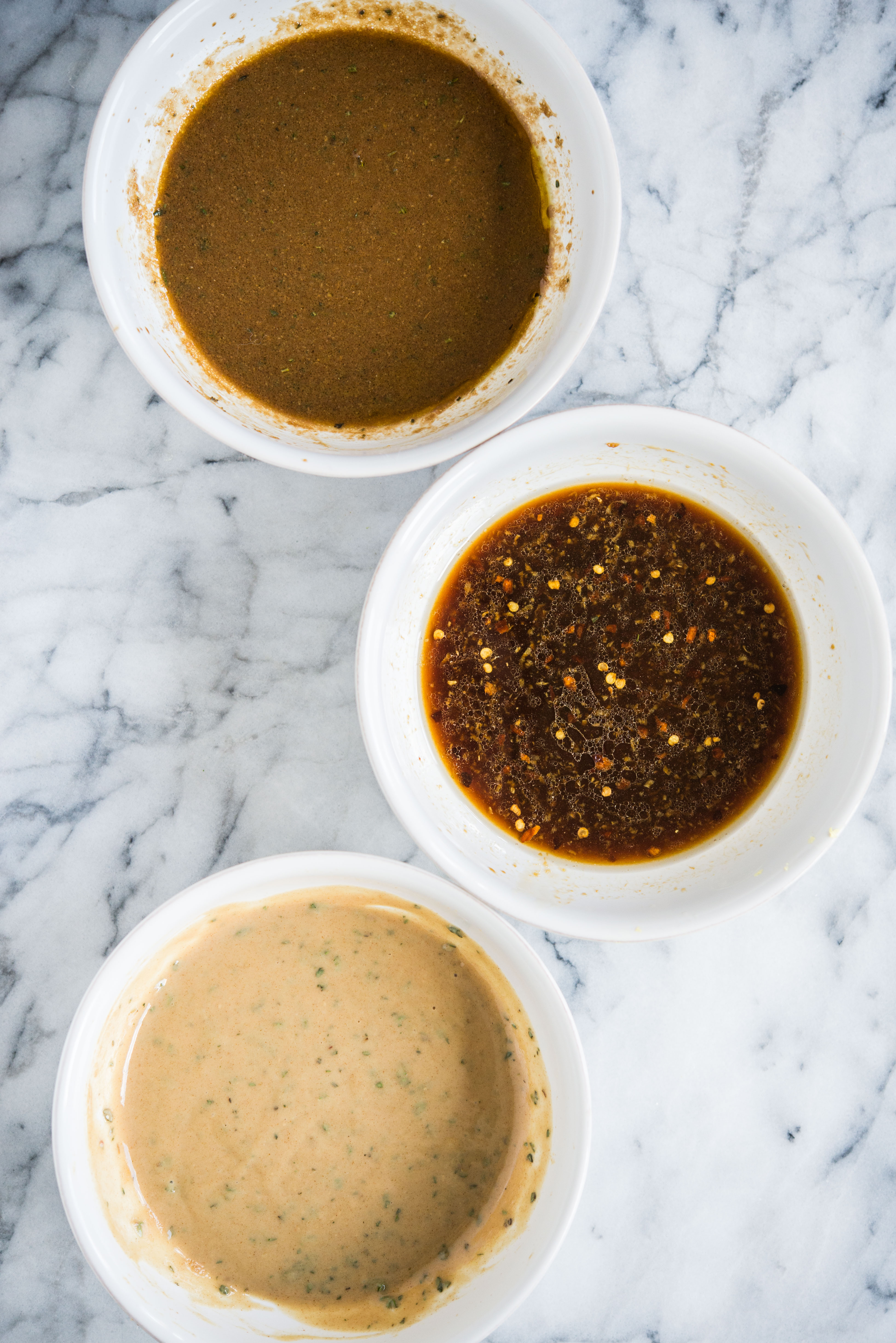 As mentioned before, pork tenderloin is a very lean cut of meat – but what exactly does that mean? In addition to being a low-fat choice of protein, it is also very low on flavor. If you want a flavorful pork tenderloin, you're going to have to add in the flavor yourself. The good news is that since it is so mild, pork tenderloin takes on flavor easily – you just have to give it a little time.

What are the best pork tenderloin marinades?

When it comes to marinating your pork tenderloin, you can really use anything! Personally, we like a wet marinade because it is easy to throw together and gets into the pork. Here are our three favorites:

How long do you marinate pork tenderloin for?

If you're in a rush, we recommend giving your pork tenderloin at least 30 minutes to marinate, and you can help speed up the process by poking a few holes in it with a fork. If you've got extra time though, 4-24 hours is ideal to make sure it really takes on the flavor! 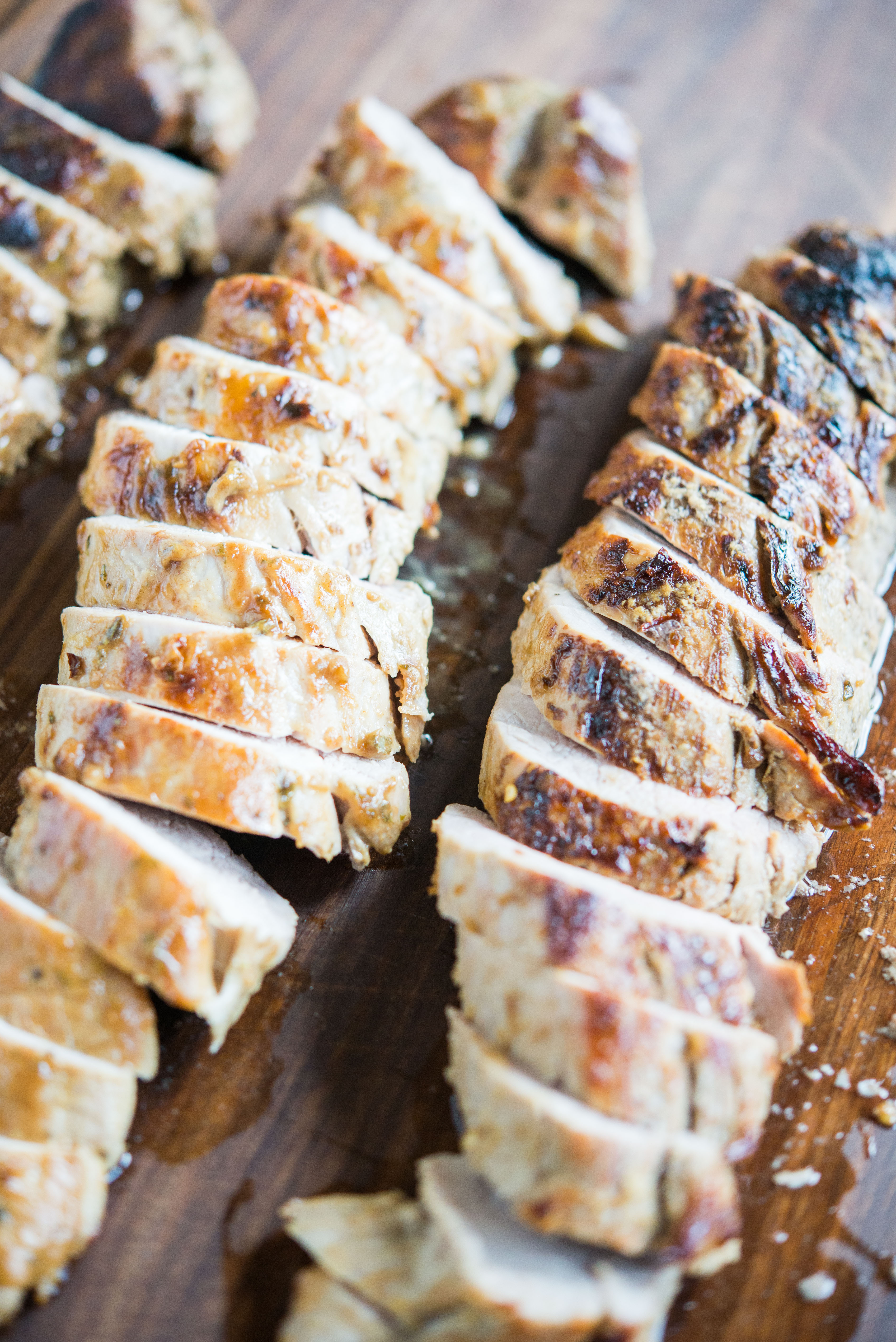 Our main goals with pork tenderloin are to build flavor and not overcook it. Searing the pork tenderloin goes a long way to building flavor! It browns the pork and caramelizes the marinade, creating a delicious crust on the outside. It also helps lock in the moisture before you bake it.

Now that the pork tenderloin is seared, you can either bake it in the same pan you seared it in, or transfer it to a rimmed baking sheet. Brush the pork tenderloin with additional marinade, then bake in a preheated oven at 425 F for about 15-20 minutes, until the pork reaches a temperature of 145-155 F, then remove it from the oven.

Cooking the pork tenderloin at the high temperature of 425 helps it cook quickly and prevents it from drying out.

Finally, you'll want to let the pork tenderloin rest for about 8-10 minutes before serving, if you skip this step and cut into it immediately the juices will run out of it and you'll be left with dry pork. 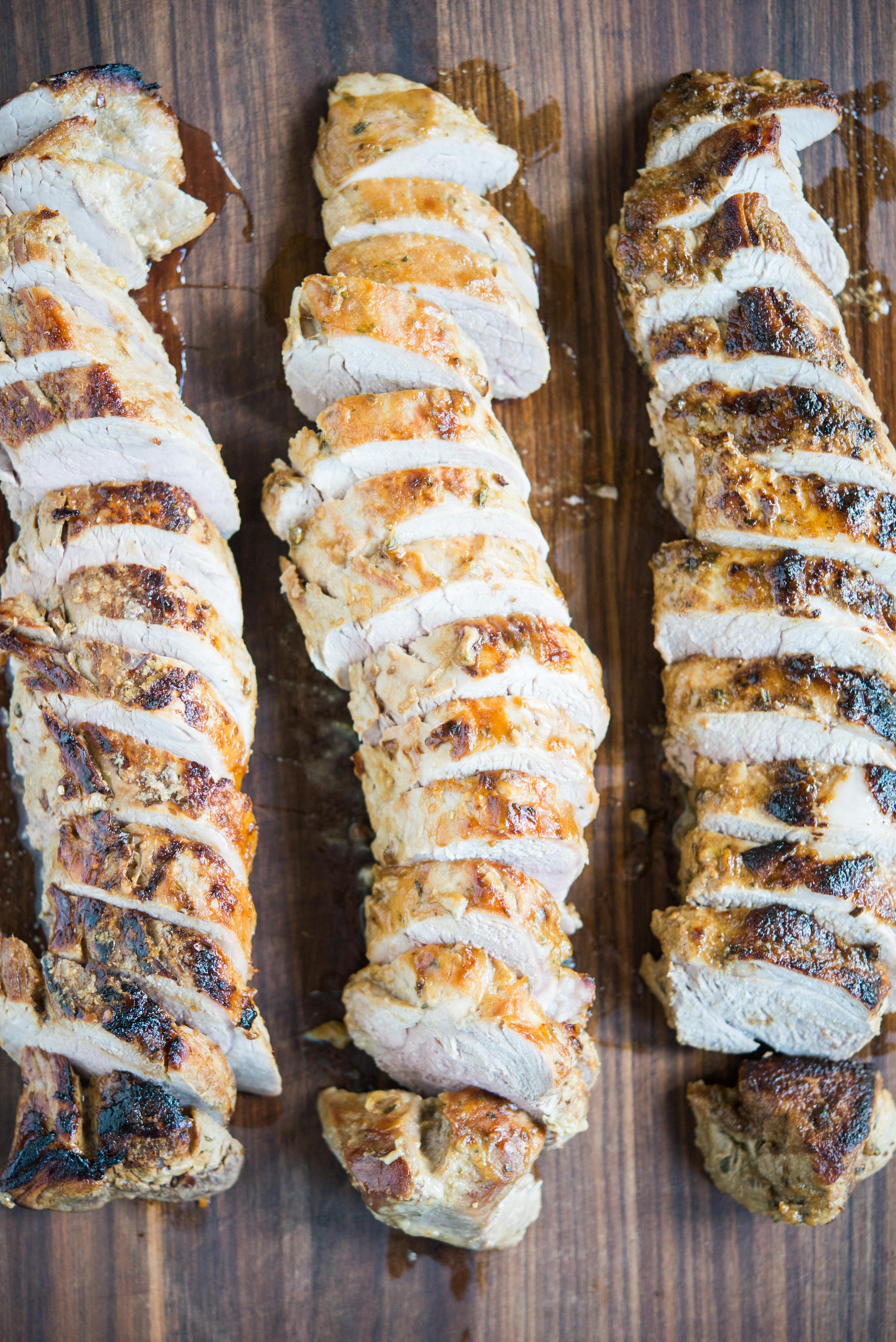 How do you know when pork tenderloin is done?

How can I tell if pork tenderloin is done without a thermometer?

If you don't have a thermometer, follow the recommended cooking time (15-20 minutes), then pull the pork out of the oven and touch the thickest part of it. You can get a good gauge on how done it is by following the finger test – just remember you're looking for medium-rare to medium here! Finally, when you slice into it, the pork should be light pink and very juicy. If it looks undercooked, put it back in the oven for a few minutes.

How to Use Leftover Pork Tenderloin 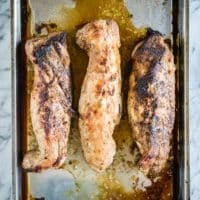 This method will give you perfectly juicy, flavorful pork tenderloin every time!

For the Pork Tenderloin