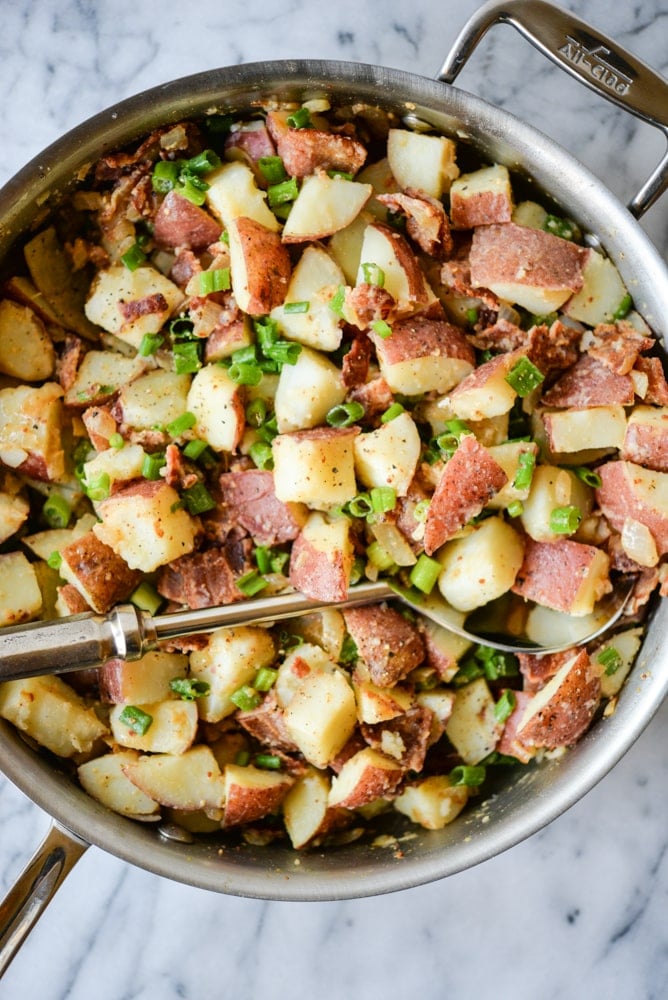 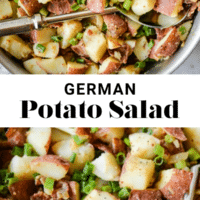 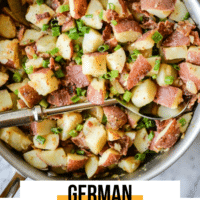 With crispy bacon and a simple grainy mustard dressing, this German Potato Salad is a fun departure from traditional mayo-based potato salad that your entire family will love!

One of my favorite aunts (hi, Aunt Frances!) married into a very German family and started cooking some fabulous German eats. I LOVED spending the night at her house because she always surprised us with towels right out of the drier after my shower (so sweet, right?) and she served the BEST potato salad. Though I didn’t know much of German Potato Salad at the time, I knew that her’s was tangier than the usual mayo-loaded variety – something I loved.

Now that I’ve played around in the kitchen a bit more, I’ve come to know a couple of different potato salad options. The first, and most classic (in our home) involves mayo + mustard, plenty of dill relish, and hard-boiled eggs for the top. I’ve even made a low-carb cauliflower potato salad! German-style potato salad is unique in that there are no pickles, no mayo, but bacon and a grainy mustard vinegar dressing instead. It may not look like much, but it has quickly become one of my favorite side dishes because the flavors are out of this world! 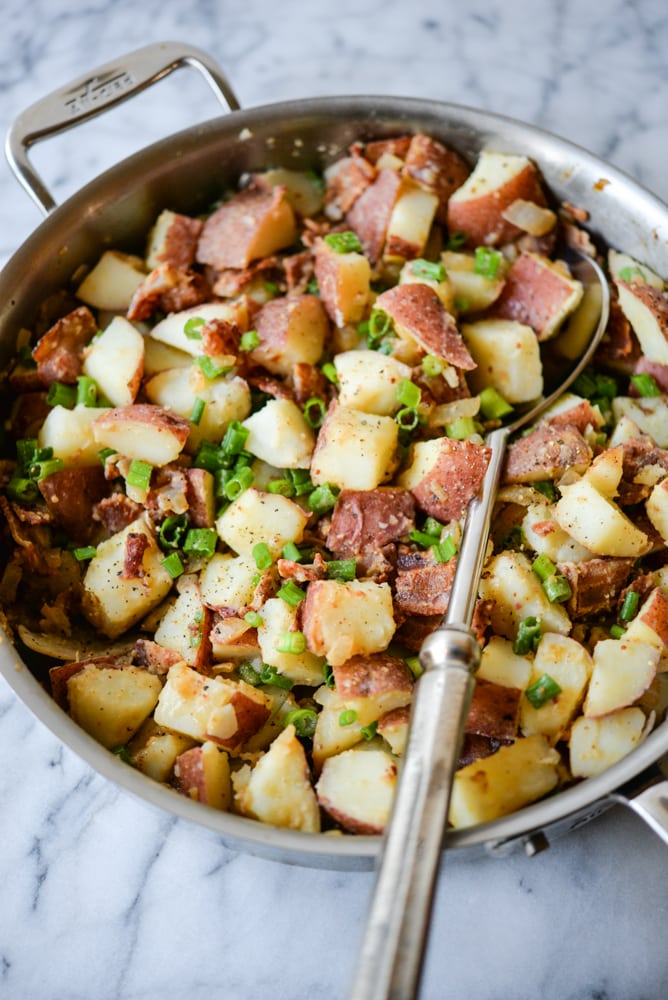 A lot simpler (as far as ingredients go) than your typical potato salad, this tangy German potato salad calls for just 7 ingredients (not counting salt and pepper) – here’s what you’ll need:

What are the best kind of potatoes for potato salad?

How to Make German Potato Salad

This German potato salad is super simple to make, though it does take a bit more cooking than your typical potato salad. Here’s how you’ll make it: 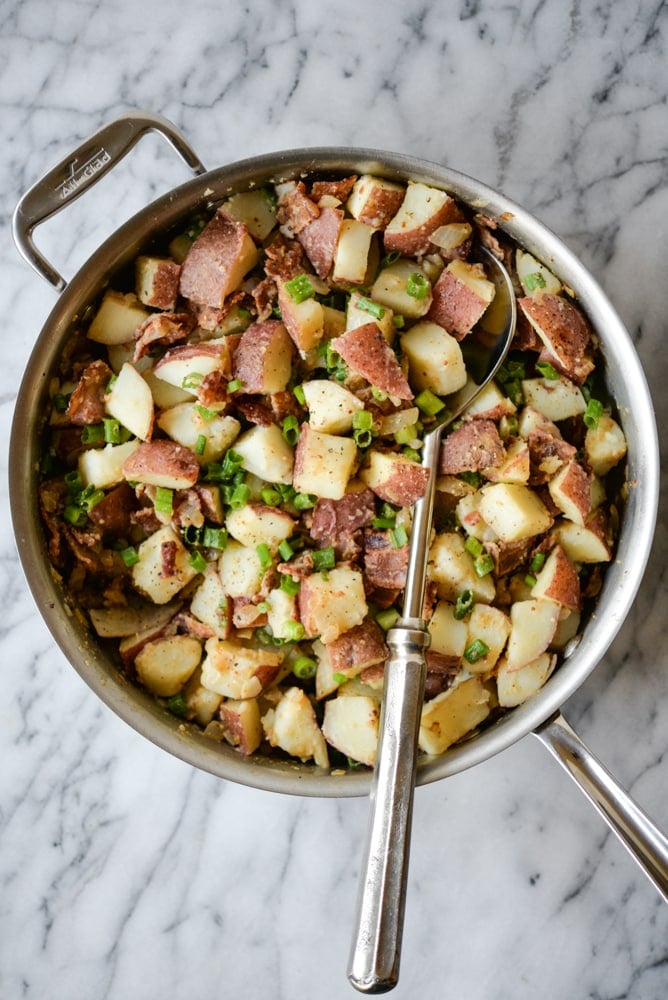 Do you eat German potato salad hot or cold?

German potato salad is traditionally served warm, and we prefer it this way too! When served warm, the flavors just seem to marry a little bit more than they do when served cold (think: the bacon fat makes its way throughout the salad once warmed). With that being said though, you can eat this potato salad hot or cold – totally up to your preference!

What does German potato salad go with?

This potato salad is perfect for Spring, Summer, or any family gathering! For a special occasion, I’d serve it right alongside this Honey Mustard Pork Roast OR this Slow Roasted Greek Lamb for a fabulous mixed cultural meal. For a more casual gathering, this potato salad goes great with hamburgers, hot dogs, or any other Summer BBQ main course!

How long does potato salad last in the refrigerator?

When sealed in an airtight container (this set is a great glass option) in the fridge, your potato salad will last for about 5 days. To warm, simply put your desired amount on a microwave-safe plate (or bowl), and pop it in the microwave to heat until warm!

I hope you enjoy this warm, tangy, bacon-y (that’s a word, right?!) German Potato Salad as much as I do! 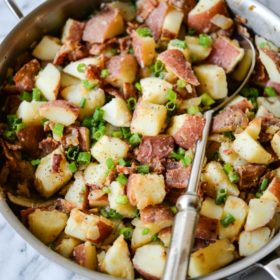