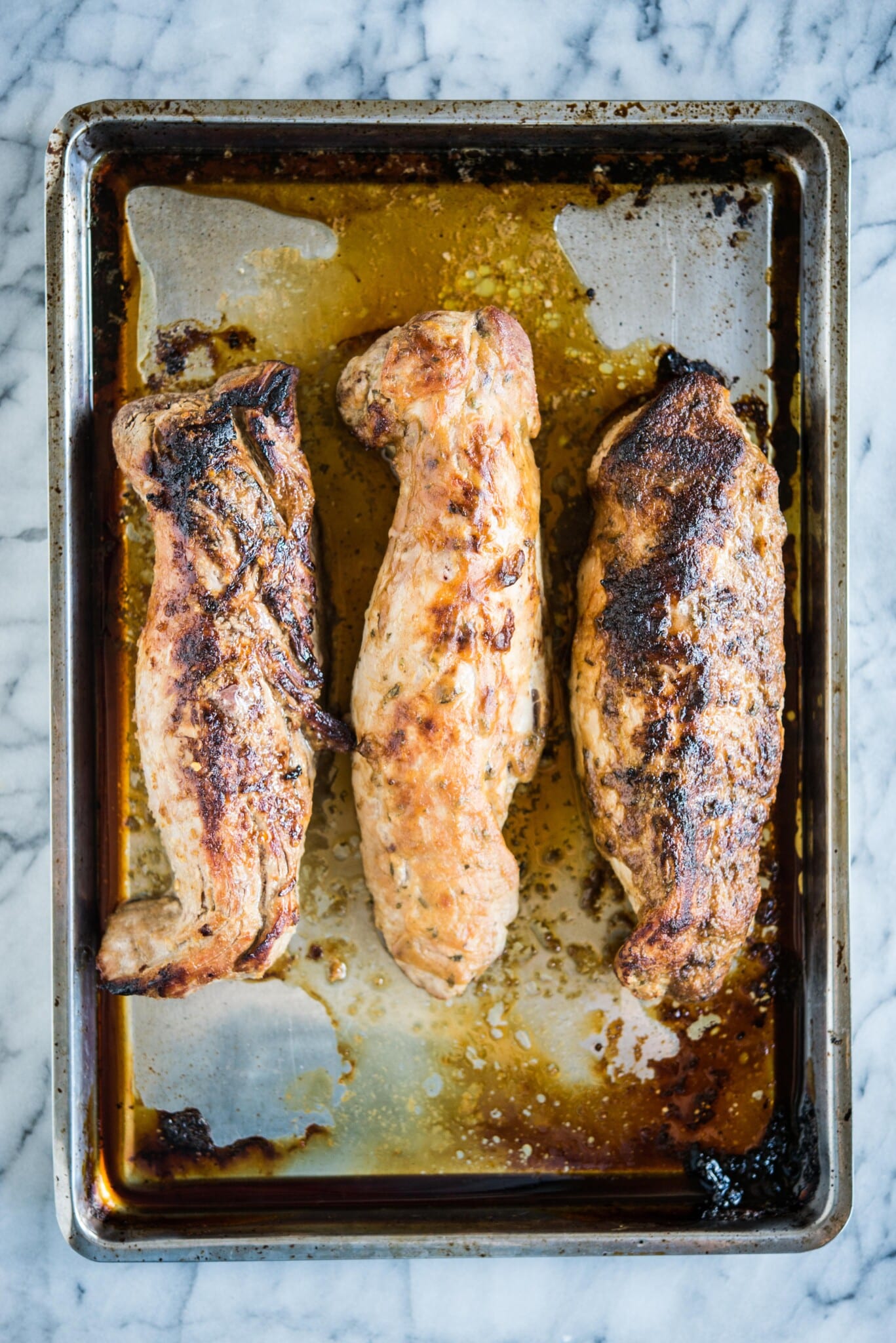 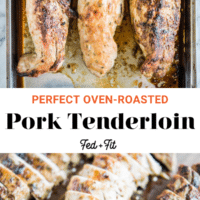 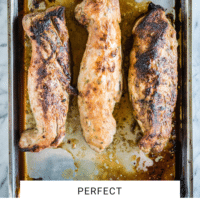 Today we’re walking you through cooking perfect pork tenderloin in the oven every time! With this guide, you’ll never have to sit through a dinner of dried-out, flavorless pork tenderloin again.

Pork tenderloin has long been one of my go-to dinners. It’s affordable, it cooks up quickly, it tastes great and is perfect for leftovers, and it for some reason feels a little fancier than our typical fare – making it perfect for a dinner party or a family weeknight dinner. However, it took me a while before I finally figured out to cook a juicy, flavorful pork tenderloin. Without the right technique, you can easily end up with dried-out, bland pork, but today we’ll show you exactly what you need to do to get the best pork tenderloin in the oven every time!

What’s the difference between pork loin and pork tenderloin?

First things first, let’s clear up a common confusion! While they may sound the same and are actually cut from the same part of the pig, pork loin and pork tenderloin are NOT the same things. Here’s a comparison of the two:

How to Prepare Pork Tenderloin

As mentioned before, pork tenderloin is a very lean cut of meat – but what exactly does that mean? In addition to being a low-fat choice of protein, it is also very low on flavor. If you want a flavorful pork tenderloin, we recommend marinating it or seasoning it heavily. The good news is that since it is so mild, pork tenderloin takes on flavor easily – you just have to give it a little time. While you can certainly add flavor by using a spice rub, we love adding flavor by marinating pork tenderloin in one of our 3 delicious pork tenderloin marinades – Balsamic and Rosemary (a delicious blend of herbs, garlic powder, balsamic vinegar, dijon mustard, and olive oil), Maple Dijon (a great sweet and savory combo), or Sesame Ginger (a tasty Asian-inspired choice that includes soy sauce or coconut aminos, honey, and red pepper flakes)! Allow your pork to marinate for at least 30 minutes, or, if you have the time, up to 24 hours.

While we also love grilling pork tenderloin (or even cooking it all day in the slow cooker), today’s technique is dedicated to how to roast pork tenderloin in the oven, because it’s the most accessible cooking method year-round. Once you have marinated your pork tenderloin, it’s time to get cooking! Just follow the steps below to perfect pork tenderloin.

Our main goals with pork tenderloin are to build flavor and not overcook it. Searing the pork tenderloin goes a long way to building flavor! It caramelizes the marinade, creating a delicious golden brown crust on the outside. It also helps seal the juices before you bake it.

Finally, you’ll want to let the pork tenderloin rest for about 8-10 minutes before serving, if you skip this step and cut into it immediately, the juices will run out of it and you’ll be left with dry pork. 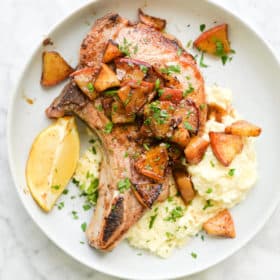 Q How do you know when pork tenderloin is done?
A

Q How to Use Leftover Pork Tenderloin
A