This Spinach and Portobello Mushroom Breakfast Hash is packed full of dense nutrition, fantastic flavor, and makes for a great make-ahead breakfast option for the week! 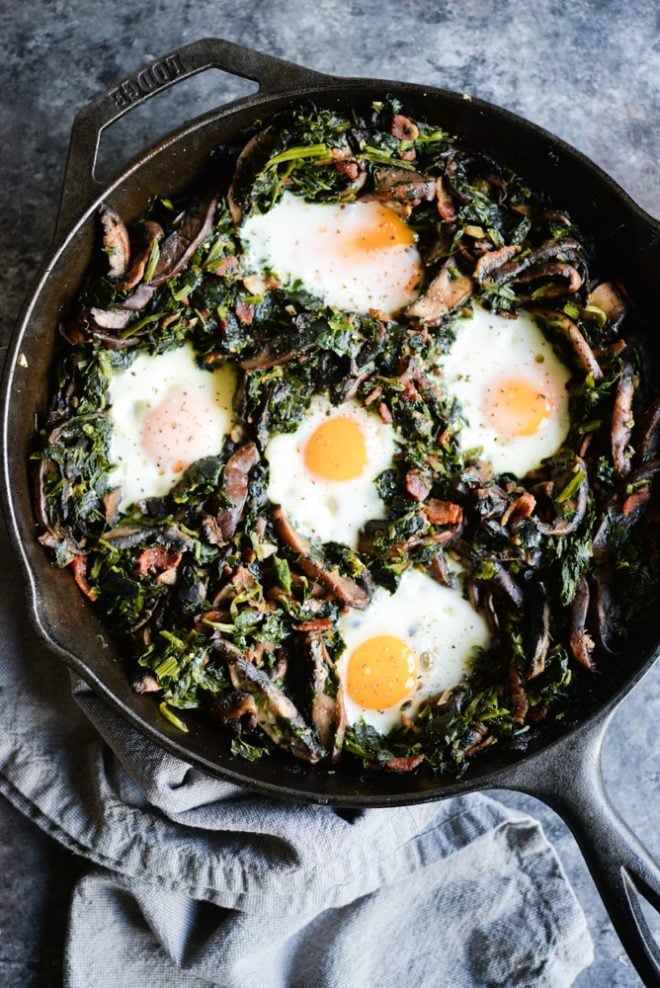 This recipe was essentially born from the realization that it had been TOO LONG since I'd eaten a mushroom. Amazing sources of B-vitamins, selenium, and copper, mushrooms are a fascinating food. Nutritional content aside, I learned a lot about mushrooms from Michael Pollan's Omnivore's Dilemma. Because of that book, I have a deeper respect for where mushrooms came from and just how precious of a find they are when wild. Arguably one of the more domesticated mushrooms out there, the portobello is still one of the kings of the edible fungi. The large bodies can be used as burger buns, patties, or sliced up like in today's Breakfast Hash recipe. What I love most about a mushroom is that, once heat is applied, it can start to deepen in flavor almost immediately. While it lets off liquid, you can be left with an intensely delicious finished product. The right amount of fat and salt is all you really need to let the little guys shine. 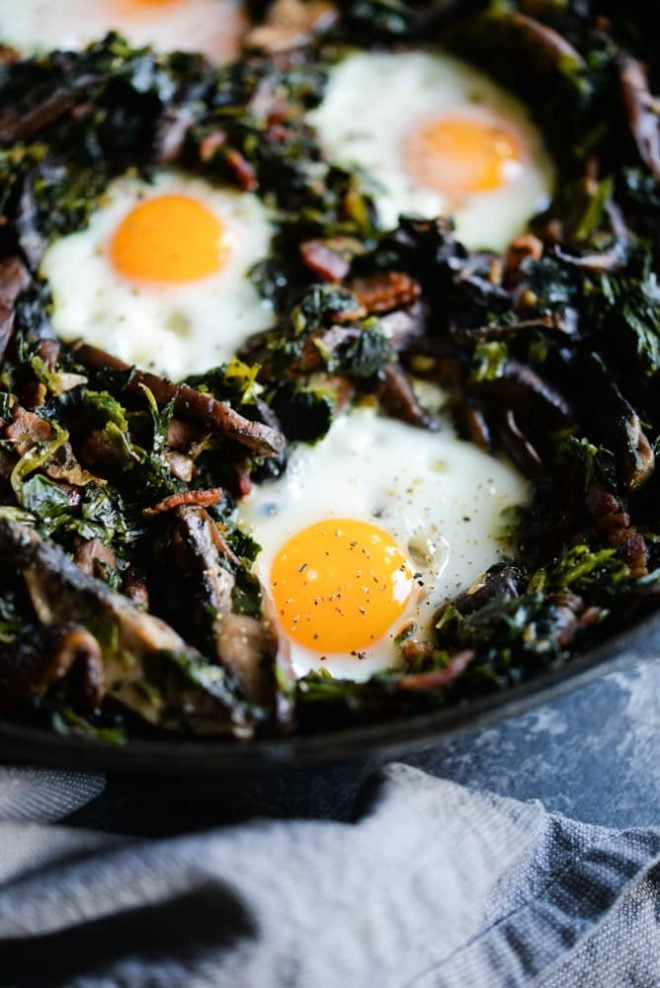 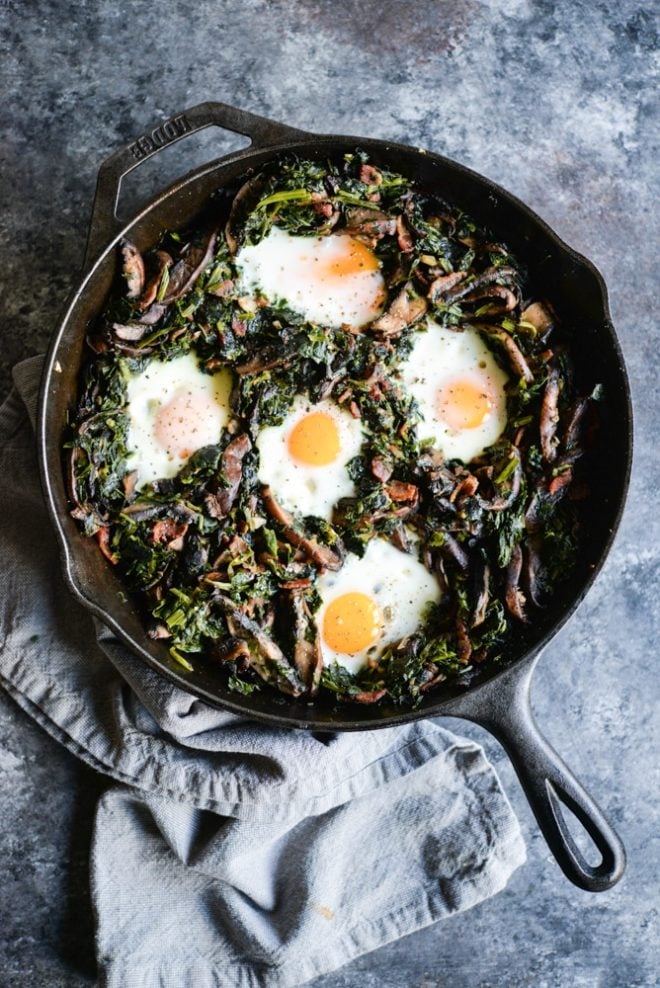 This Breakfast Hash can EASILY be made egg-free. The dish comes together simply: slice bacon and then crisp it in a pan. Spoon off some of the fat and then saute the massive amount of sliced mushrooms until they're reduced in size and swoon-worthy. Cook the spinach, drain off the liquid (squeeze it out!) and then combine everything together for one of the best darn breakfast hashes you've ever had. You can leave it as-is if you're egg-free, or you can create a few wells in the dish and crack in some eggs. This is a great dish to make for a breakfast party or if you're meal prepping! I actually froze the majority of this hash (excluding the parts with eggs) and they were some of the freezer meals that went the fastest. The mushrooms picked up the awesome bacon flavor and the cooked (but not watery) spinach offered up plenty of great greens. I LOVE this hash!

I hope it serves you well!

This breakfast hash comes together quickly with a satisfying mixture of portobello mushrooms, spinach, and bacon. Simply crack a few eggs into the hash, cover and cook for a complete breakfast you'll want to eat all week!