Cook Once, Eat All Week: Week 4 Base Recipes 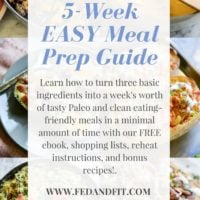 We're kicking off Week 4 of our Cook Once, Eat All Week series with this week's base recipes! We're making use of shredded chicken, spaghetti squash, and spinach. Get your components prepped so that you can quickly whip up the recipes coming later this week! 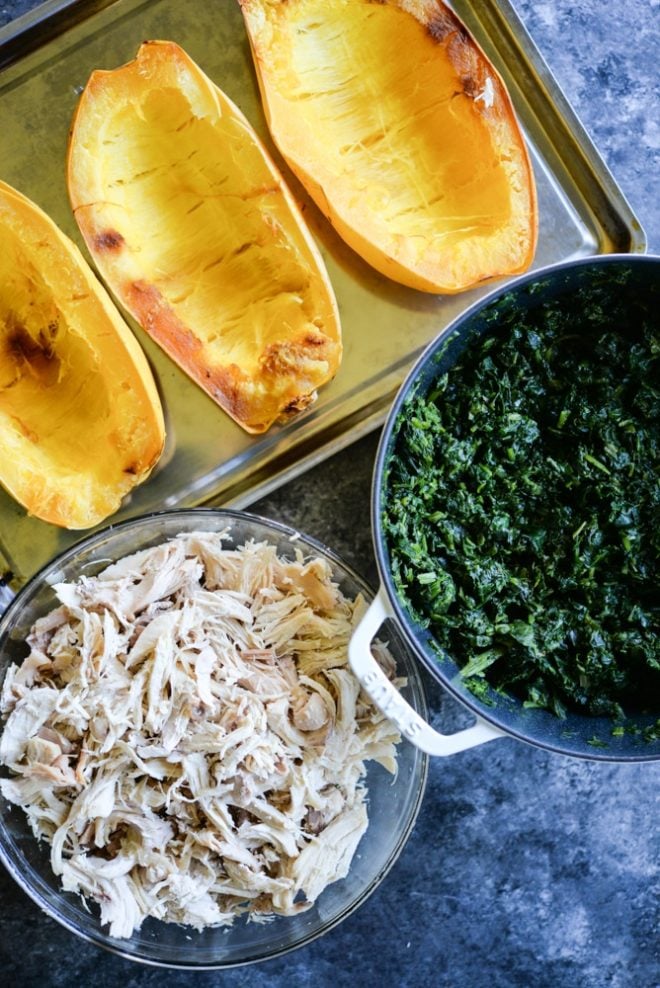 Cook Once, Eat All Week

If you're new here, THIS POST is a great introduction to our Cook Once, Eat All Week series! This is an entirely FREE, Paleo-friendly meal-prep series. Each Monday, I'm sharing 3 basic meal components that involve very minimal prep (bake the squash in bulk, cook/shred the chicken, roast the veggies). Then, on Tuesday, Wednesday, and Thursday, I'll be sharing a different meal recipe that makes good use of these already prepped components. Each week will result in a grand total of 10 to 15 servings, to give you a rough idea of how much food to expect if you follow our plan to the letter.

This week's base recipes are once again wonderfully simple! First, we're just going to make our shredded chicken! As in our previous posts, we're giving you THREE different ways cook this protein up (Instant Pot, slow cooker, or stovetop). Once it's cooked, give it a quick shred via your favorite method. 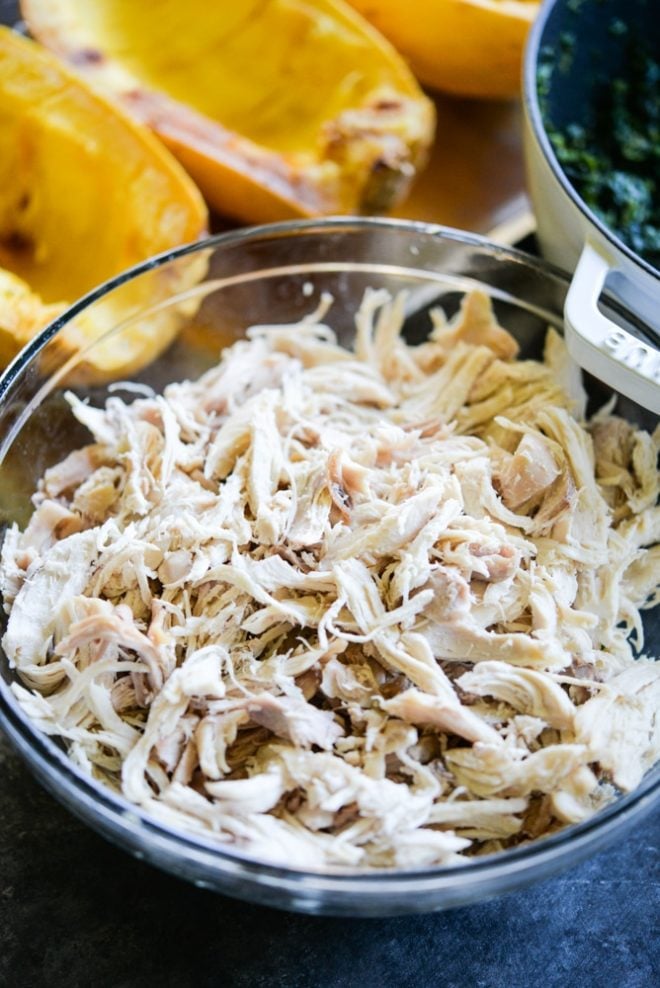 The spaghetti squash is incredibly easy to prepare. Simply cut in half, scrape the seeds out, bake, and then save for the next dishes coming. 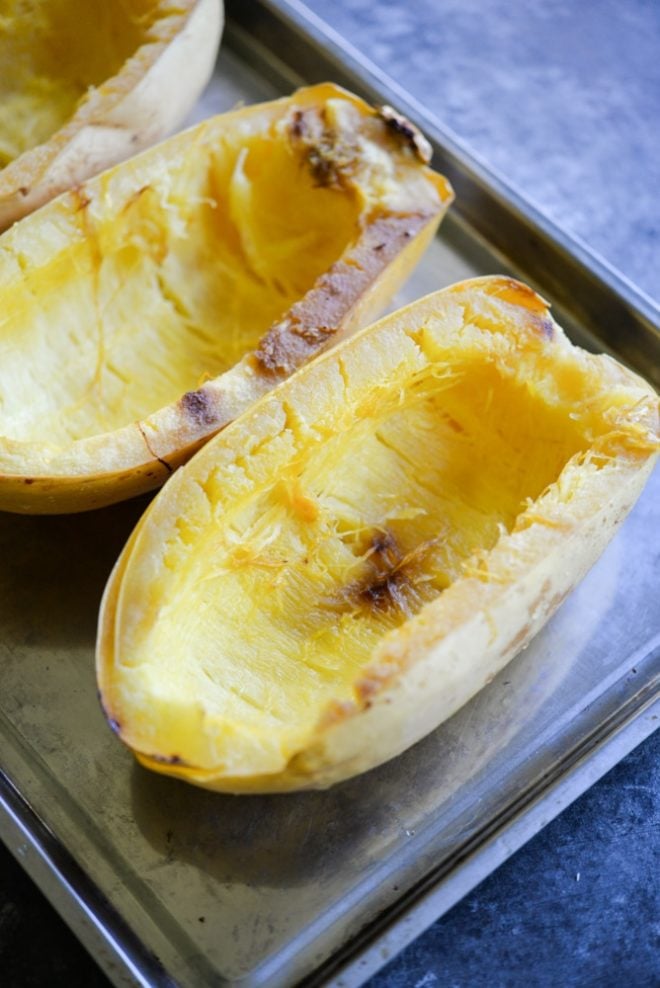 The last piece is simple spinach! You can either use frozen or fresh. Simply saute, drain, and get ready to use later this week. 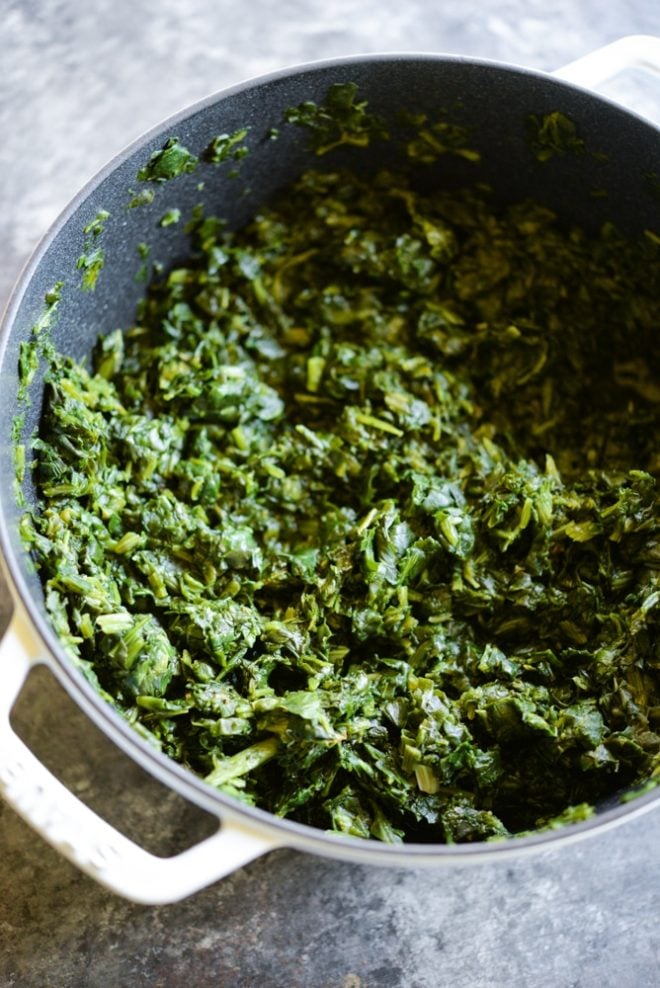 For the Shredded Chicken:

For the Spaghetti Squash:

For the Spaghetti Squash: