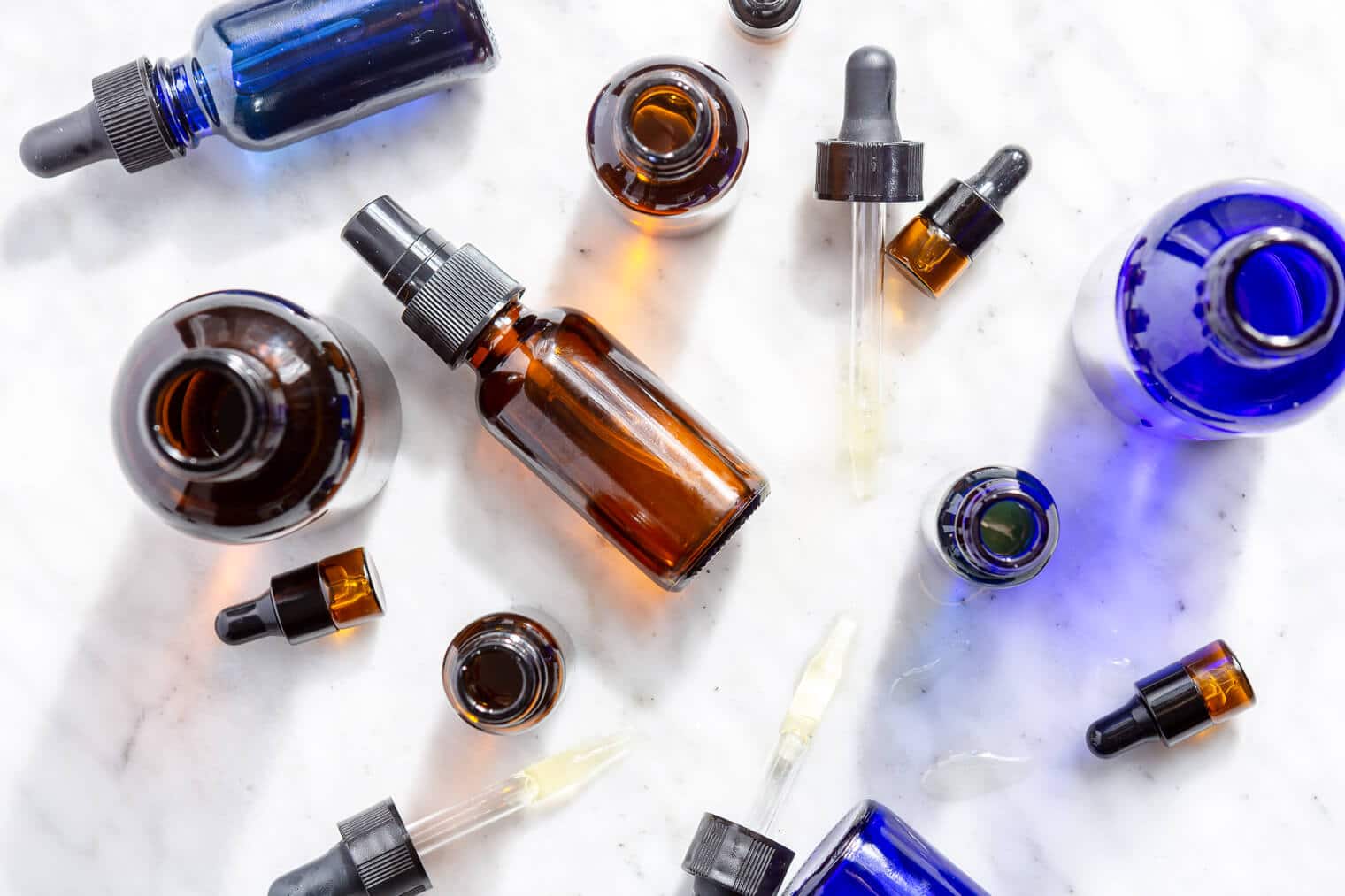 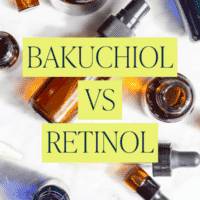 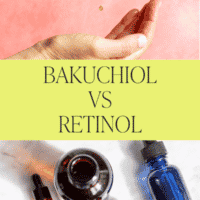 Hard to say, but easy on the skin, the plant-derived skincare ingredient, bakuchiol, might be just as effective (but less irritating!) as the popular anti-aging ingredient, retinol.

Table of Contents
01 What is bakuchiol?
02 What is retinol?
03 Bakuchiol vs Retinol: Which is Safer?
04 Bakuchiol FAQs
05 Favorite Bakuchiol Products:

Native to several Asian countries, bakuchiol is a skincare ingredient that comes from the Psoralea Corylifolia plant. While it’s been used as medicine for years by countries such as China and India, this plant has also been used for its skin-healing properties, and within the last several years, the United States has started to take notice of bakuchiol as well. As Bustle.com points out, “searches for ‘bakuchiol serum’ have increased by 25% in the past year alone.” So, why all the fuss?

In the last four to five years, researchers have begun to study bakuchiol and its powerful effects on the skin. Some studies have even gone as far as to see if it is comparable to oh-so-powerful, anti-aging retinol and as it turns out, it is. Today, you can find several skincare brands that have started to incorporate bakuchiol into their ingredient list because not only does it slow down the aging process, but because it also tends to be gentle enough for daily use, it doesn’t cause peeling and even contains anti-bacterial elements.

Derived from vitamin A, retinol is a skincare ingredient that has been used since the early 1970s. Originally used in the Retinoic Acid form known as Tretinoin, Retinoic Acid was discovered in 1971 by Dermatologist Dr. Albert M. Kligman and was originally used to treat acne. When using it on his older patients, he noticed that it also helped fight wrinkles and hyperpigmentation. While retinol is an extremely effective skincare ingredient, it can also be a little too strong or irritating for some skin types. Sunscreen is also highly encouraged if using retinol in your skincare routine.

Bakuchiol vs Retinol: Which is Safer?

Answers to whether a food or beauty item is “safe” all come down to what you are comfortable with and what you discuss with your doctor. I (Lauren) am not a medical professional, but there do seem to be some clear answers as to which skincare ingredient – bakuchiol or retinol – might be the safest, long-term (or when used during pregnancy, at the very least) option.  Retinol and its other derivatives, such as retinyl palmitate or retinyl acetate, are all discouraged by most healthcare professionals if you are pregnant, nursing, or plan to become pregnant. The reasoning for this caution is due to the animal studies that have been done with topical retinol and its contribution to birth defects.

So, in the same vein as alcohol, retinol is discouraged when pregnant. Whether or not you decide to drink when you are not pregnant will be determined by what you are comfortable with, what is best for your personal body, and what you discuss with your doctor. I am personally hesitant to drink alcohol daily because of the potential damage it can have on my liver over time. I view retinol in skincare in the same light – while occasionally using it (when not pregnant) might not cause severe damage, I am cautious to use retinol long-term or every day.

If you are concerned about the long-term effects of retinol on your body (like me) or have sensitive skin, bakuchiol might be an ingredient you are more comfortable with. Bakuchiol can be used while pregnant and because of this, I feel more confident using it on my skin every day or long-term.

Q Is bakuchiol gentler than retinol?
A

According to Beautycounter.com, “Research on retinol and its derivatives shows that most common adverse effects from topical use are skin irritations including redness, excessive desquamation (skin peeling), and sensitization to sunlight.”  On the contrast, findings about the effects of bakuchiol on the skin tend to be gentler compared to retinol, and physical evidence of these claims have been documented: after a 12-week study with 44 patients, when studying the comparisons between bakuchiol and retinol, a dermatologist studied the effects of each of the ingredients and determined that the “retinol users reported more facial skin scaling and stinging.”

Q Can you use bakuchiol every day?
A

You can! Because it tends to gentler on the skin than other anti-aging ingredients (like retinol), bakuchiol can be used every day, and in fact, when used twice a day, bakuchiol has been studied and shown to be just as effective as retinol.

Q Is bakuchiol really effective enough to be a ‘natural retinol alternative’?
A

Research says it is! According to one clinical study that ran for 12 weeks, 44 patients used 0.5% of either bakuchiol cream (2x a day) or retinol cream (1x a day). After being evaluated by a board-certified dermatologist, it was determined that, “Bakuchiol and retinol both significantly decreased wrinkle surface area and hyperpigmentation, with no statistical difference between the compounds.” While the patients who used the bakuchiol cream used it 2 times a day and the retinol users only used it 1 time a day, if you are looking for a potentially safer long-term solution to replacing your retinol, using bakuchiol 2 times a day (AM and PM) might just be the perfect solution (according to science!).

About two years ago, I personally started using a bakuchiol serum (the Countertime Tripeptide Radiance Serum) and have noticed my skin become more firm, plump, and even. While I am not swearing off retinol altogether, I have incorporated more bakuchiol products into my skincare routine and have been loving the results! 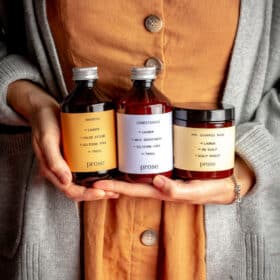 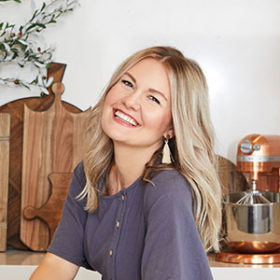 Lauren is obsessed with safer skincare, American history, spending time with her nieces and nephew, running, and eating bacon as often as possible.⁠ ⁠ ⁠
Get to know Lauren 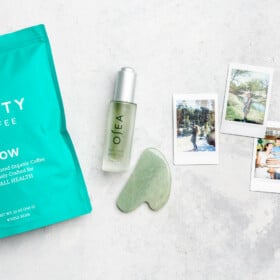 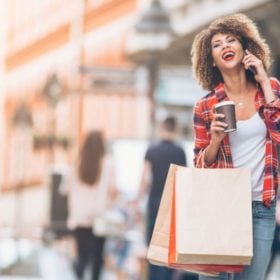 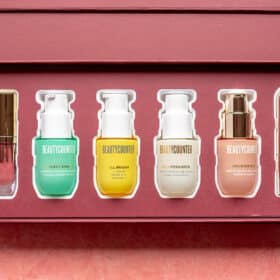 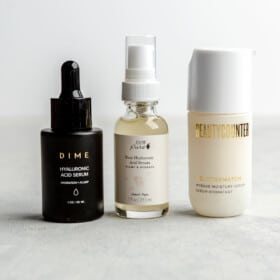