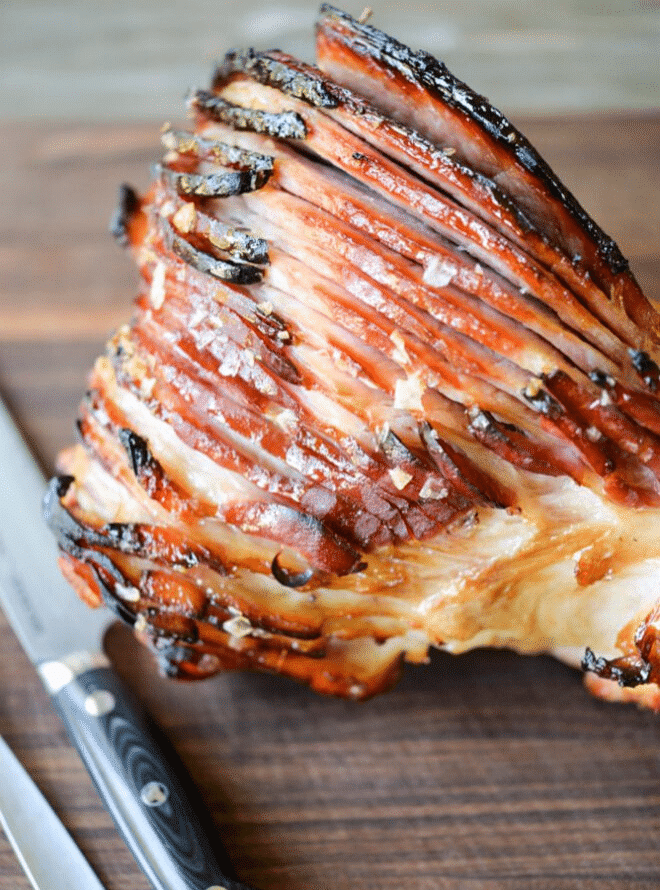 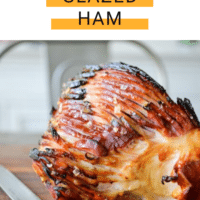 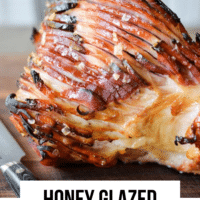 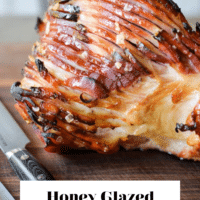 This semi-homemade honey glazed ham is the perfect way to get a flavorful, crowd-pleasing ham on your table with minimal effort. 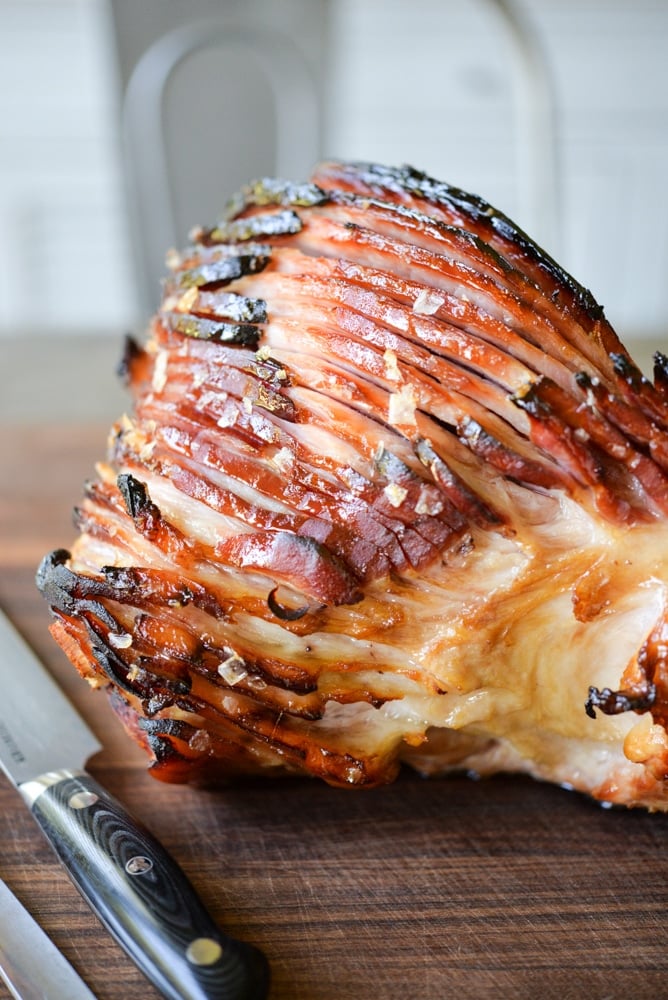 It’s the first half of HAM SEASON!! I think most people call it Spring? The 2nd half of ham season rolls in around Christmas …right when we’re ready to dig into the flavorful protein once again.

I’ve wanted to bring you a simple honey baked ham recipe for years. I’ve tried this recipe countless different ways (even using a fresh ham), finally landing on a method that yields the most flavor with the least amount of effort. Honey Glazed Hams are all the dinner party rage around Easter and then at Christmas (or sometimes Thanksgiving!). They’re simple to prepare and can feed a crowd. I modeled this recipe after the Honey Glazed Hams you can grab at the store, only ours has a homemade touch.

What kind of ham should I buy?

This yummy recipe starts with a pre-brined and smoked bone-in ham (ask your butcher). When choosing a smoked ham, read the ingredients. I suggest opting for the ham with the least amount of ingredients listed, paying special attention to anything that contains soy or wheat (good to avoid if you’re sensitive). If you can find a low-ingredient ham that’s pre-sliced, choose that one, and if you can’t, don’t worry, slicing it is really easy. 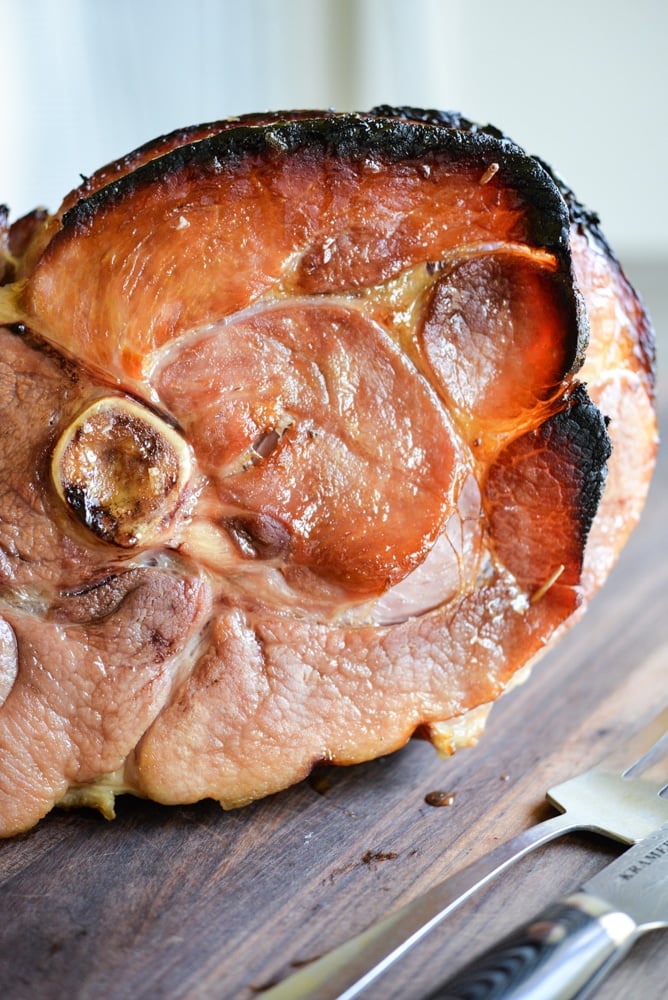 How to cook a ham? 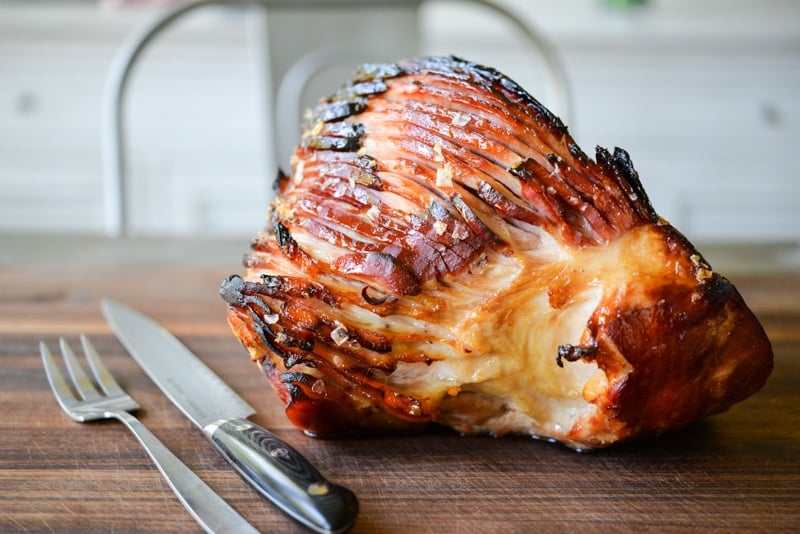 What to do with Leftover Ham

Leftover ham is not a bad problem to have! We love using leftover honey glazed spiral cut ham slices to make ham sandwiches (ham + Dijon mustard is a match made in foodie heaven, y’all!) and Spiced Ham & Potato Soup, but there are TONS of other uses for the leftovers too! Throw some diced ham into your morning egg scramble, use it to make a quiche or breakfast casserole, or dice it for quesadillas!

We hope you love this honey glazed ham recipe! It is DELICIOUS and will truly feed an army. Happy Ham Season! 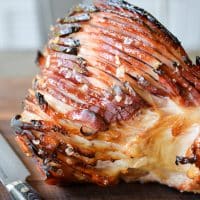