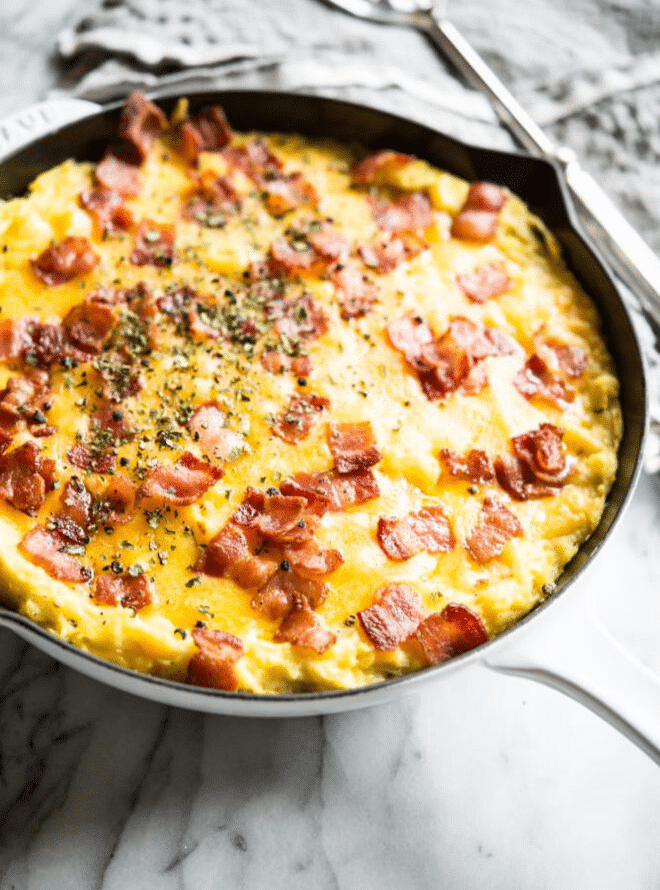 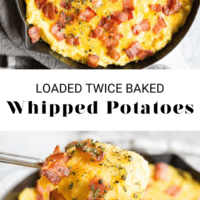 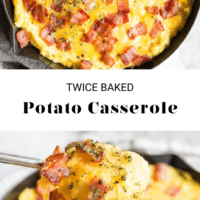 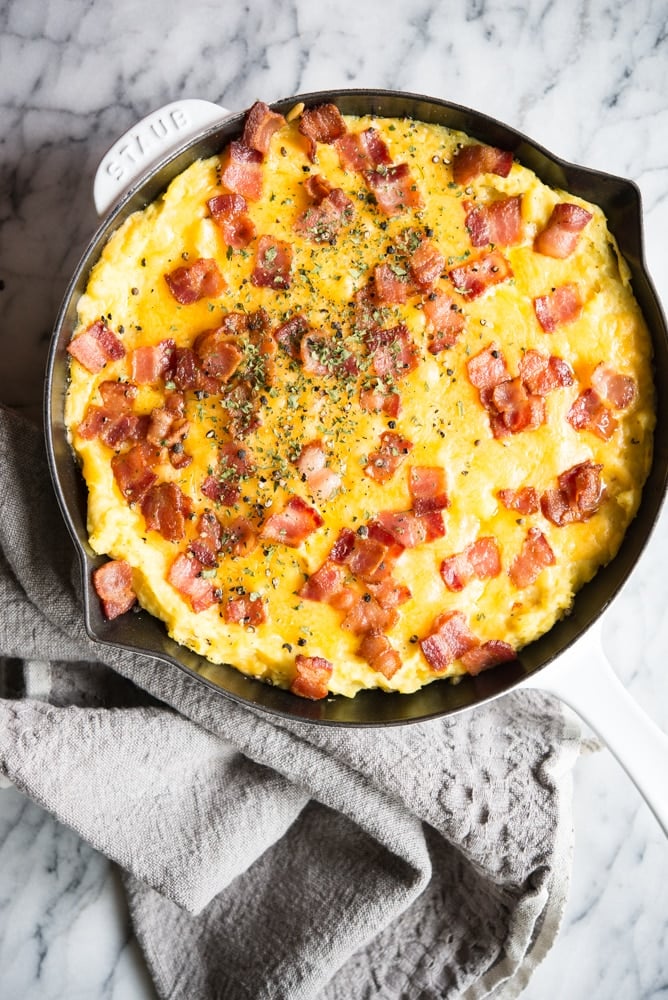 Not to toot our own horns, but we consider ourselves potato EXPERTS around here. We smash ’em up, turn them into soup, fries, casseroles, and even pie! Truth be told, there’s just not a lot we haven’t done with potatoes, but I will say this loaded twice baked potato casserole tops the list.

When we were thinking about how to jazz up the traditional Thanksgiving mashed potatoes (hey, we love mashed potatoes as much as the next person, but Thanksgiving calls for something extra-special right?), one of our first thoughts was twice-baked potatoes. The problem? They’re a little high maintenance with having to essentially make potato skins, and they aren’t so crowd-friendly. The solution? Get rid of the potato skins and make a twice baked potato bake instead! Let’s dive into this family favorite side! 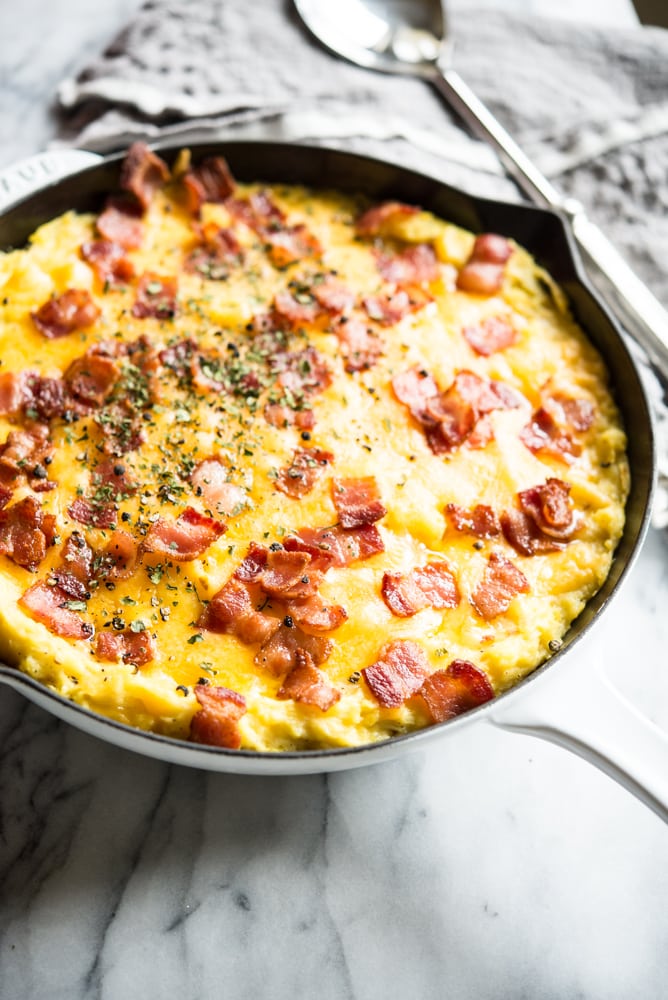 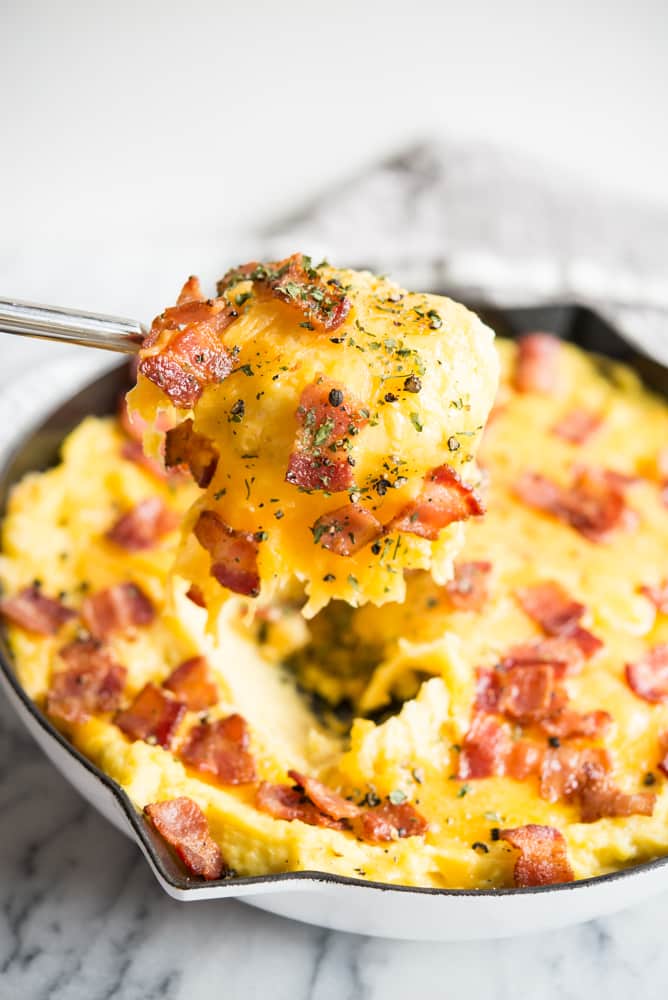 We hope you love this decadent twice baked potato casserole recipe (I mean, who doesn’t love cheesy potatoes, right?!) – we know your holiday guests will! 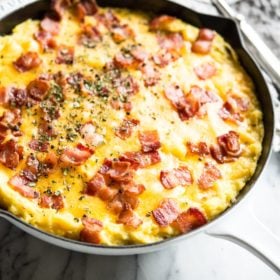 By: Amber Goulden
No ratings yet
Print Email
Prep Time: 9 hrs 33 mins
Cook Time: 10 hrs 43 mins
These loaded twice baked whipped potatoes are just as delicious as the classic twice baked potato but made easier to feed a crowd! 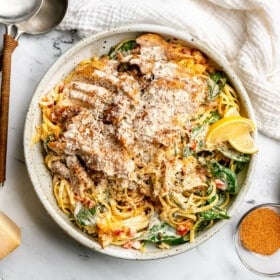 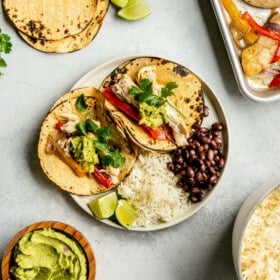 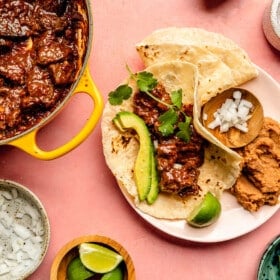 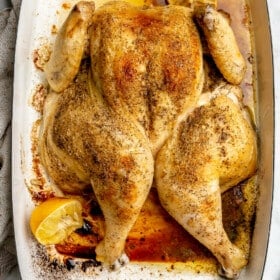