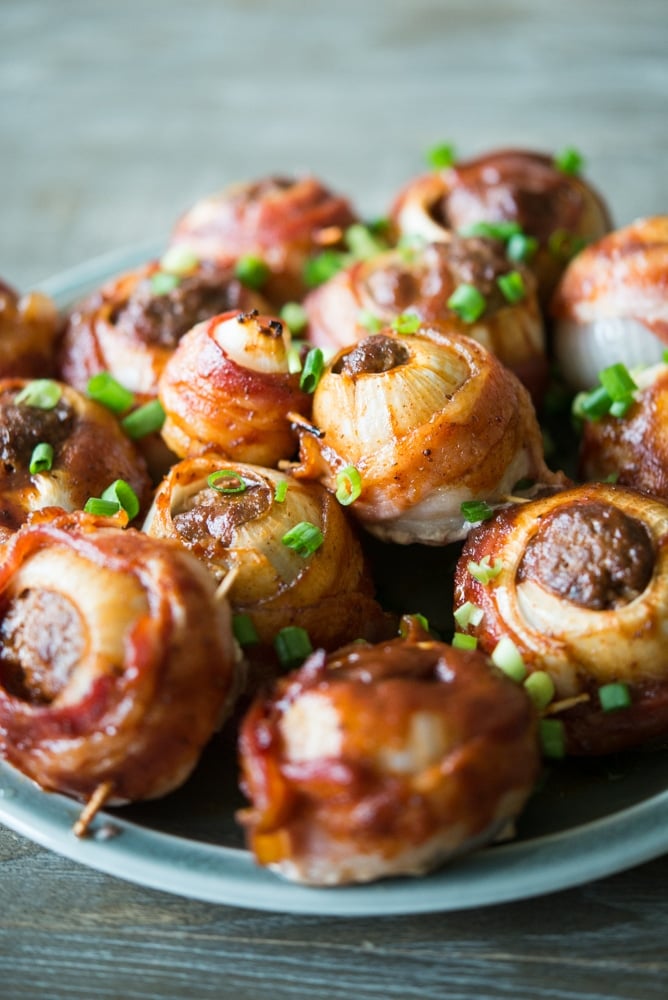 If you’re searching for a way to use up some of this season’s onions AND on the hunt for a creative way to prep a delicious protein, these Paleo BBQ Bacon Onion Bombs are to the rescue! They’re a breeze to whip up, burst with delicious flavor, and are so much fun to make. Serve alongside some leafy greens and a baked potato for a complete meal! 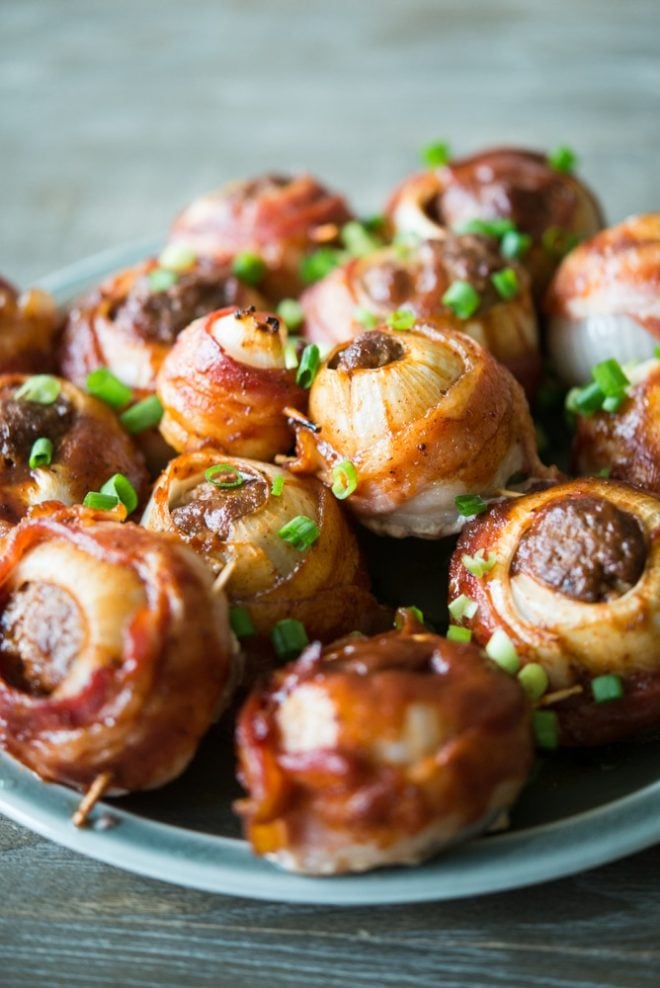 I’m a BIG fan of BIG batch recipes. Sometimes it’s because I’m hosting some friends and family for dinner and I actually need a lot of food to serve up at once and sometimes it’s just because I’m needing a dish that I can whip up with minimal kitchen time commitment, but maximum meals for the week ahead. These BBQ Bacon Onion Bombs fit the big batch recipe bill …but they also satisfy the need for something delicious, budget-friendly, family-approved, and fun (to make/eat). These onions bombs are pretty much winning at life.

The “bomb” is made possible by slicing through a fresh onion on *one* side so that you can peel away the layers one at a time – creating a sort of hollow shell. I filled that shell with a simple ground beef mixture that I seasoned with some BBQ sauce (this version is my favorite store-bought and this version is my favorite homemade), sea salt, and pepper. From there, the stuffed onion bombs are wrapped in a slice of bacon, baked until cooked through, basted with more BBQ sauce, and then returned to the oven so that the sauce can (essentially) caramelize around the onion bomb. Can you say YUM? 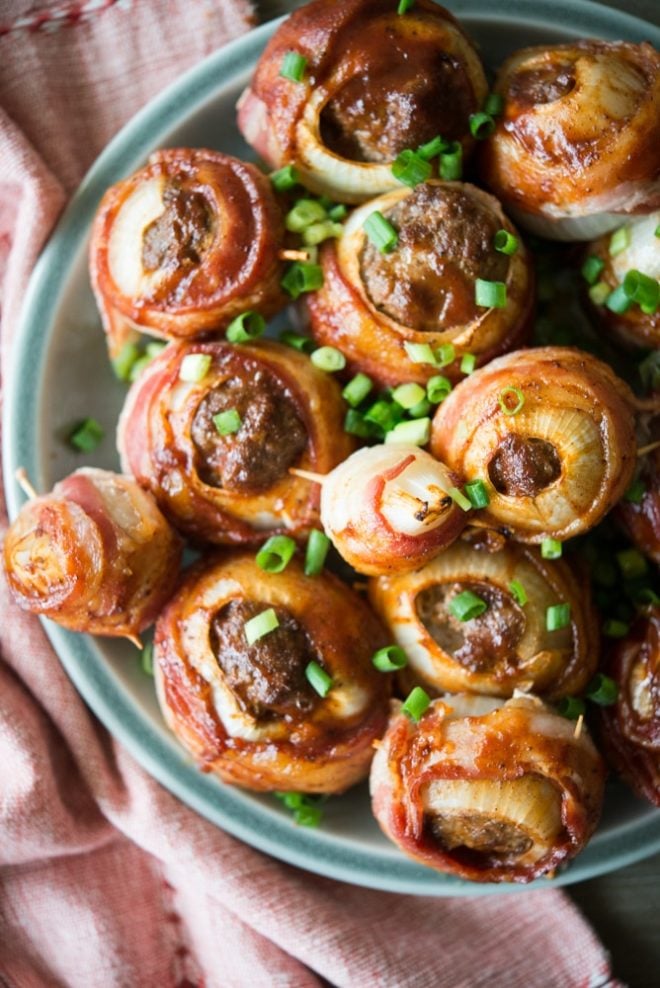 I garnished with fresh green onion and served it alongside some sauteed greens (several recipes for tasty greens in my ‘Fed & Fit’ book) and small baked potato. Delicious! 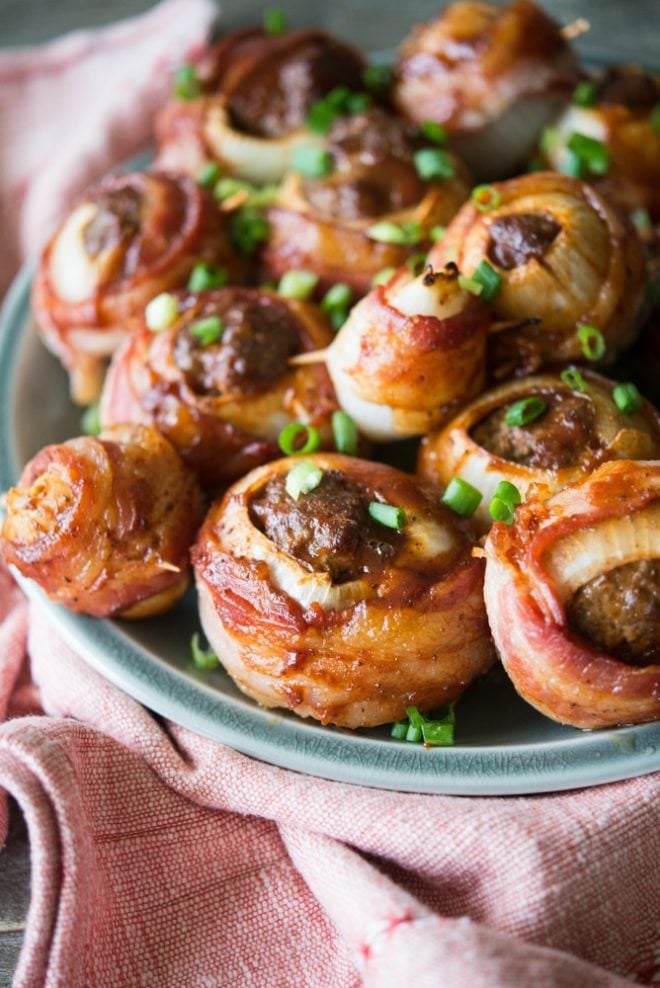 This recipe is my 8th contribution to the Summer CSA Recipe Series embarked upon by myself, Juli of PaleOMG, and Lexi of Lexi’s Clean Kitchen! See below for the other recipes I’ve posted in this series so far and scroll to the bottom of this post to check out what Juli and Lexi cooked up for you this week! 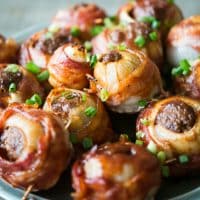 By: Cassy
No ratings yet
Print Email
Prep Time: 20 mins
Cook Time: 45 mins
Servings: 6 to 8 servings
Ground beef is stuffed in an onion, wrapped in bacon, basted in BBQ sauce, and baked until caramelized for an unexpectedly delicious dinner.

From Juli this week: Lemon Herb and Dill Potatoes 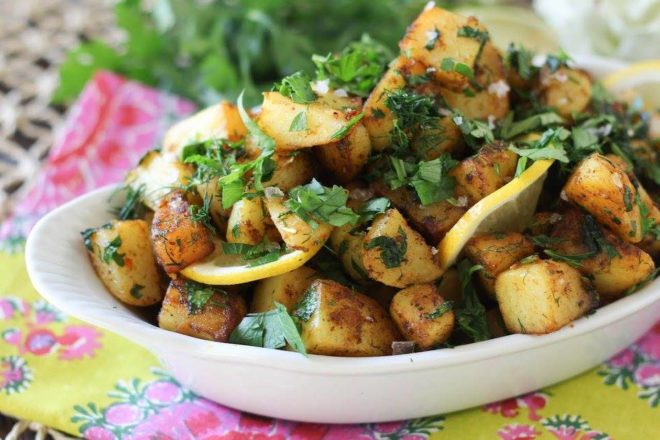 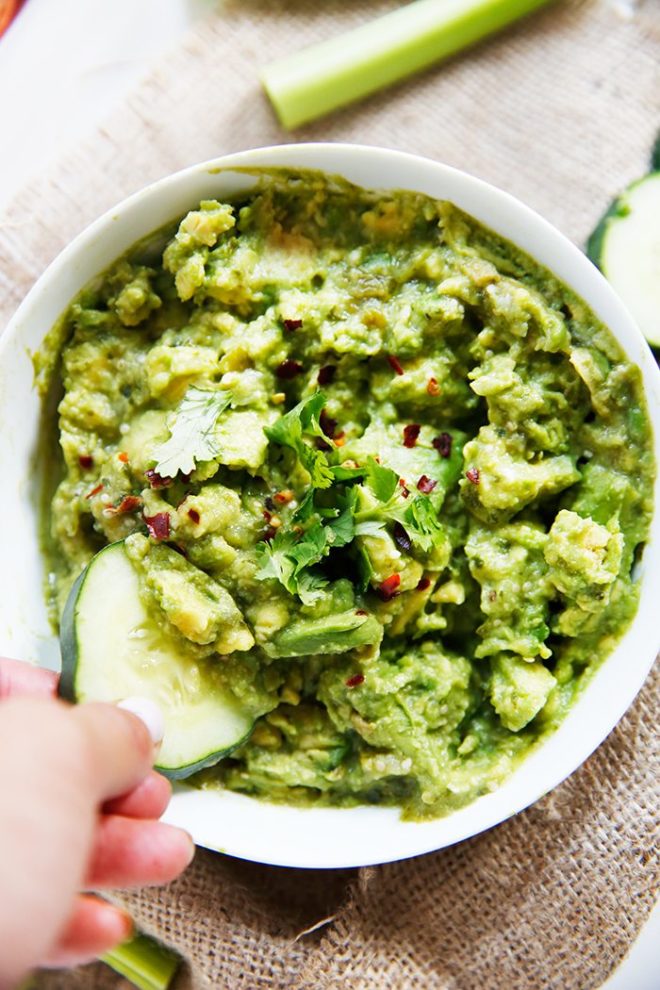 Whip up this delicious Roasted Tomatillo Salsa Verde and make some killer guacamole too. Tomatillos and cilantro are bursting out of my CSA, along with carrots, cucumbers, tomatoes, and celery! You’ll get two recipes in one this week because what is salsa without guacamole? Serve it with all those farm fresh veggies for the ultimate appetizer!