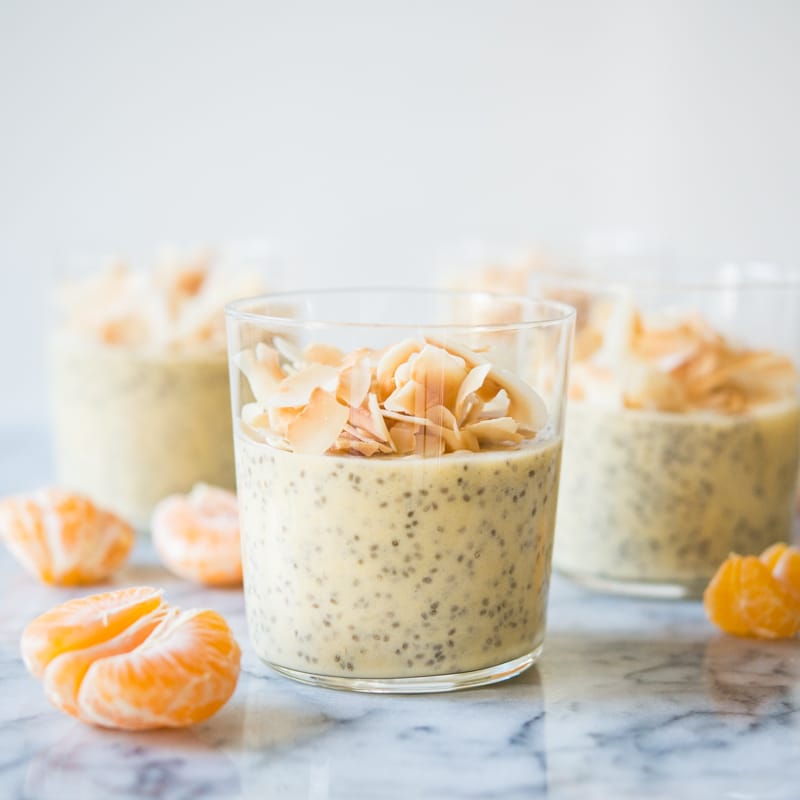 This dreamy, creamy, satisfying creamsicle chia pudding is perfect for breakfast, a snack, or even for dessert! 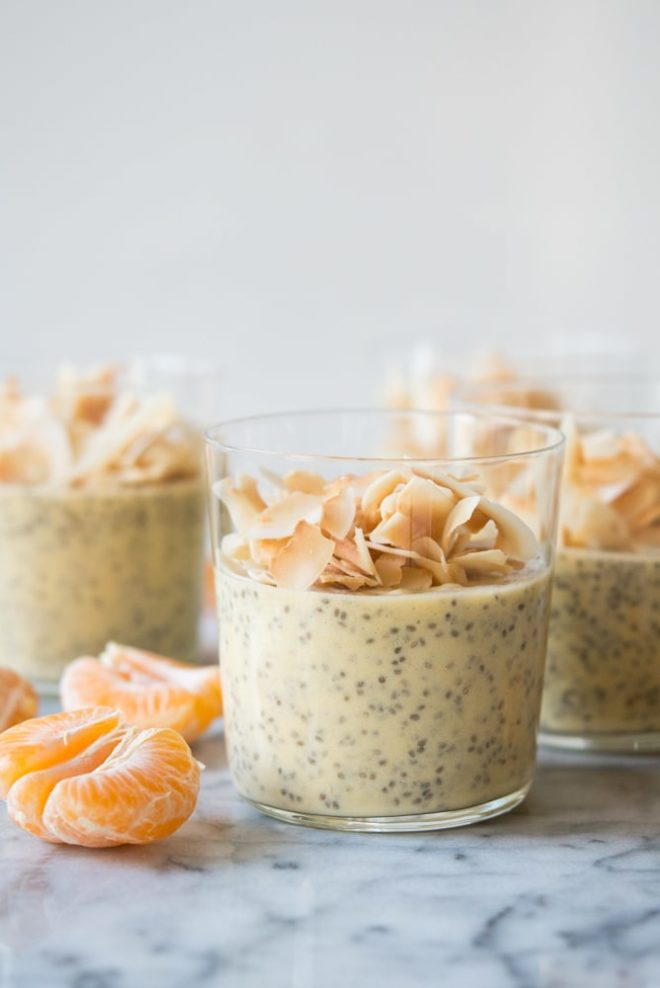 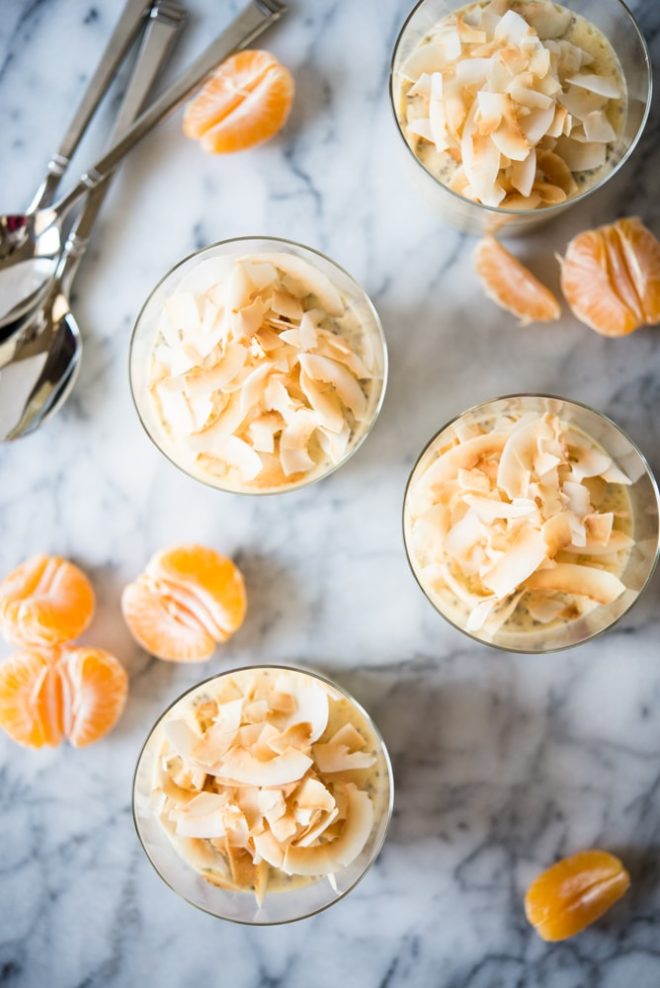 I’m almost embarrassed to admit how many attempts it took before I landed on this recipe. Short story: it took me 3 tries and I had to go back to the store for black chia seeds TWICE. Sometimes recipe development feels a lot like chipping away at a buried fossil. You have an idea (maybe even hopes) of what you’re unearthing, but there’s no way to know exactly what lies beneath until it has been completely extracted and dusted off.

Note that I’ve made chia pudding before (see one example here), but I really wanted to incorporate citrus in this recipe! First, I worked with just citrus juice, and then just fruit, and then finally a combination of fruit and coconut milk. While the chia seeds will plump and soften as they absorb some of the liquid surrounding their cute little bodies, there’s only so much liquid they can take. I’ve found that in order to achieve a pudding-like consistency, a full-fat coconut milk MUST be added.

Alas, it worked!! In fact, it exceeded my expectations. Instead of a citrus chia pudding, we have a CREAMSICLE chia pudding. It was more delicious and more satisfying than I thought possible. 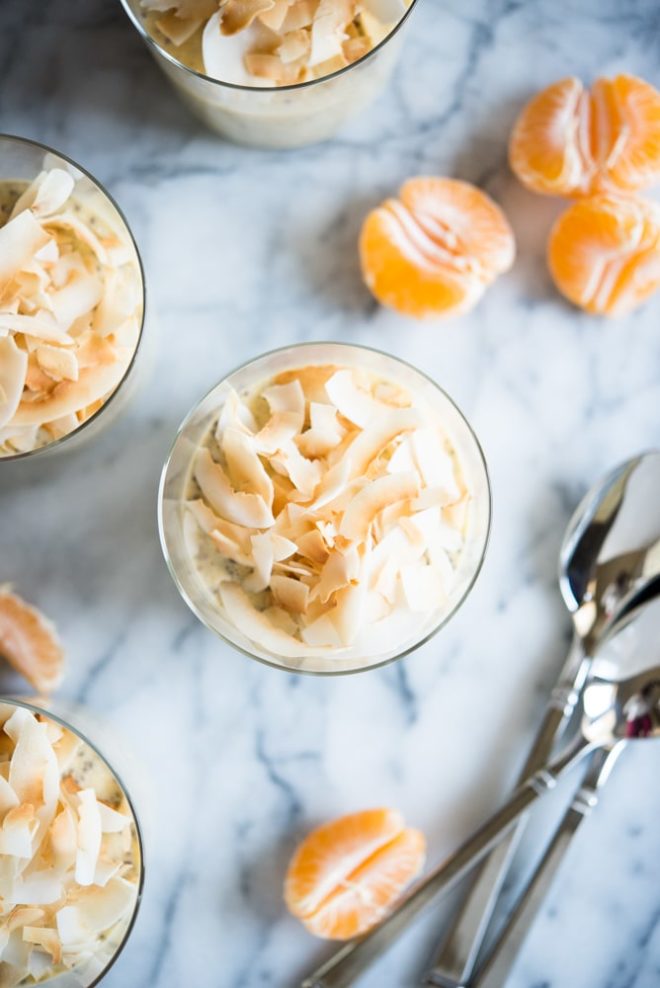 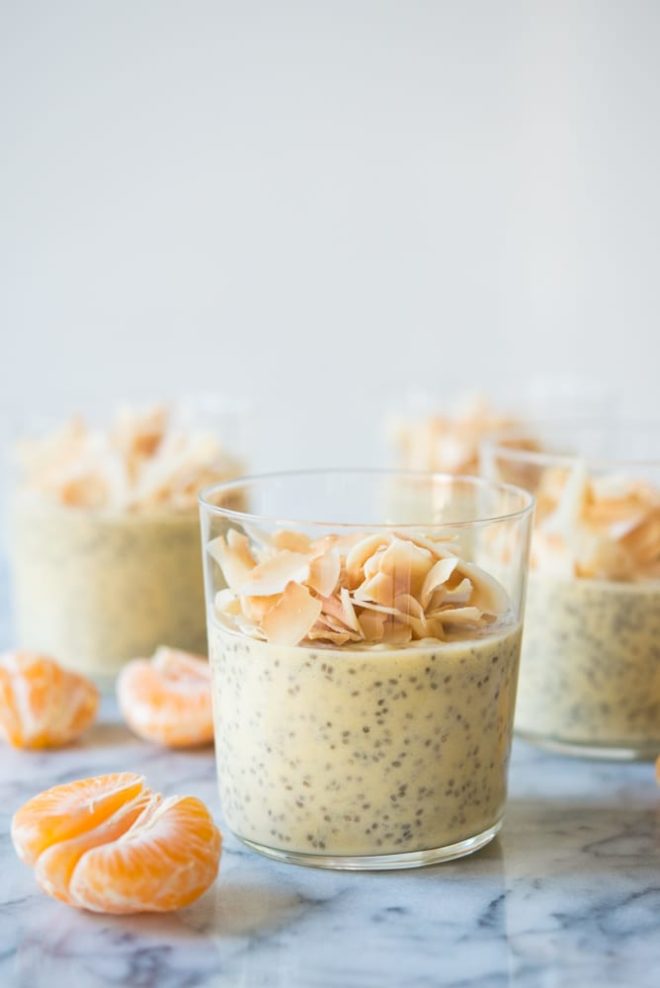 For this creamsicle chia pudding recipe, I used 2 full cups of peeled clementine segments (because they’re just so darn easy to peel), one can of full-fat coconut milk, and 2 tablespoons of maple syrup. I blended those three ingredients together until smooth and slightly frothy. Stir in the chia seeds, let set for at least 4 hours while the seeds can do their plumping magic, and then serve! To garnish, I topped these little pudding cups with some toasted unsweetened coconut shavings. The texture combination (especially when fresh) was AWESOME.  If you love chia pudding, you might also love our vanilla version HERE! 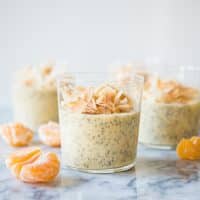