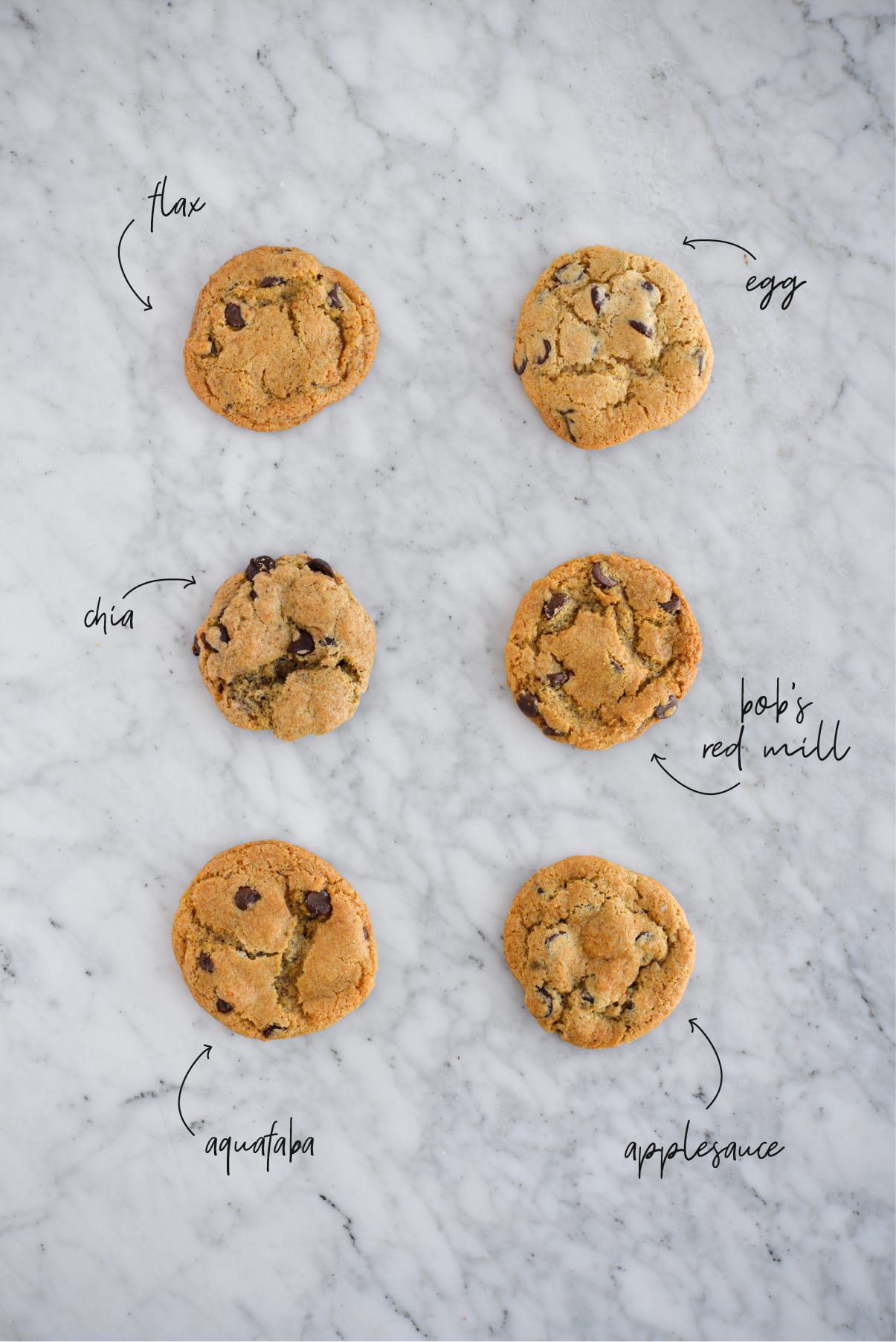 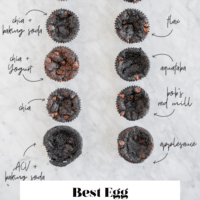 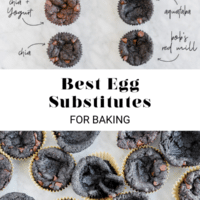 We tested 7 different egg substitutes in our most popular baked good recipes and figured out which ones to use (and when) so that you can transform any baked good into a treat that you can safely indulge in!

One of the most frequently asked questions that we get is something along the lines of: “What can I use instead of eggs in _______ (insert baked good recipe)?”, so we decided to put the most common egg substitutes to the ultimate test to find out which one produced the *best* results.

As it turns out, there really wasn’t a clear overall winner – some of the substitutes performed beautifully when used in cookies but didn’t fare well when used in cupcakes or brownies, and some did really well in brownies, but not great in cupcakes or cookies. So, we think that the answer to this commonly asked question depends on the kind of baked good you’re cooking and your texture preferences when it comes to that specific baked good! Let’s dive in.

What role do eggs play in baked goods?

Before getting started on testing egg replacers, we first wanted to find out exactly why eggs were such an essential part of baking. It turns out that they play two roles:

Most of the egg replacers listed below are mainly focused on binding, so adding a bit of extra baking soda (1/4 teaspoon) or powder (1/2 teaspoon) can help your baked goods rise a bit more without eggs!

How much egg substitute do I add to replace an egg?

How to Make a Flaxseed Egg

All you’ll need to make a flax egg is flax and water! Here’s what you need to know about flax eggs:

How to Make a Chia Egg

How to Use Applesauce as an Egg Substitute

Applesauce is a classic egg replacer that helps provide a bit of extra moisture to baked goods.

This was the most readily-available pre-packaged egg substitute that we could find! It is made from a combination of starches, baking soda, and psyllium husk. Here’s the ratio to replace 1 egg:

How to Use Aquafaba as an Egg Substitute

What in the world is aquafaba? Aquafaba is the liquid that’s leftover in a can of chickpeas! It has become a popular vegan egg replacer and can even be used to make mayo. How? The starches from the chickpeas soak into the water that the chickpeas are canned in to create thicker water with binding properties. Here’s how much aquafaba you’ll need to replace an egg:

How to Use Yogurt as an Egg Replacer

We snuck this one in last-minute after multiple fails with brownies. Yogurt is a great egg replacer because the lactic acid in it reacts with baking soda or powder to help baked goods rise. It also adds a bit of extra fat and creates a creamier texture. After working with yogurt as an egg replacer, I’ll personally be developing more baked goods with it because I loved the texture it created!

We only used this egg replacer once, and can’t recommend it at this point! Since I was having trouble getting the cupcakes and brownies to rise, it made sense to me that adding vinegar and more baking soda to our recipe could help with the rise, but it actually had the opposite effect and created a sunken, crunchy brownie. If you’d like to try vinegar and baking soda at your own risk, here’s the ratio to replace an egg:

For the control, we used our classic chocolate chip cookie recipe and were looking for the cookie that was the most like it: chewy, fluffy, and holds its shape while still being soft on the inside.

The biggest variances from cookie to cookie here were texture, taste, and size-related (some cookies spread out on the cookie sheet more than others). Here’s how the egg replacers stacked up, ranked from best to worst:

More of our Favorite Baking Recipes

The Best Egg Replacement for Brownies and Bars

For this test, we were looking for the brownie that was most similar to a classic brownie: no sinking, crispy around the edges, dense, moist, and slightly fudgy.

When it came to replacing the eggs in brownies, we realized that there was more than just texture and taste at play. Some of the brownies we tested sunk in the middle BIG TIME (we’ve included a 0-5 rating for that, 0 being not sunken at all and 5 being the most severely sunken). Here are our findings: 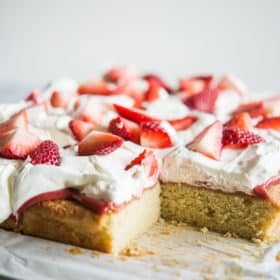 The Best Egg Replacer for Cakes and Muffins

We used our classic funfetti (sans sprinkles) recipe here and were looking for a cupcake that was just like it: fluffy, moist, and without any odd or “off” flavors.

When it came to cupcakes, we noticed slight differences in flavor and texture with the different egg replacers. Here’s what we found:

What happens if you bake a cake without eggs?

From this test, we discovered that if you bake a cake without eggs, you can expect that it won’t rise the same as a cake with eggs, and in fact will often sink. You also may have trouble getting it to cook all the way through!

What to Know About Vegan Egg Substitutes

The most important thing to know about using one of these egg replacers is that you can’t expect your baked good to come out exactly the same as it would if you were making it with an actual egg – but that doesn’t mean the results aren’t still delicious in their own right! Experiment to find which ones create the ideal texture for your tastebuds, and don’t be afraid to play around with the recipes. We hope that this guide takes the guesswork out of vegan (or eggless, in general) baking!