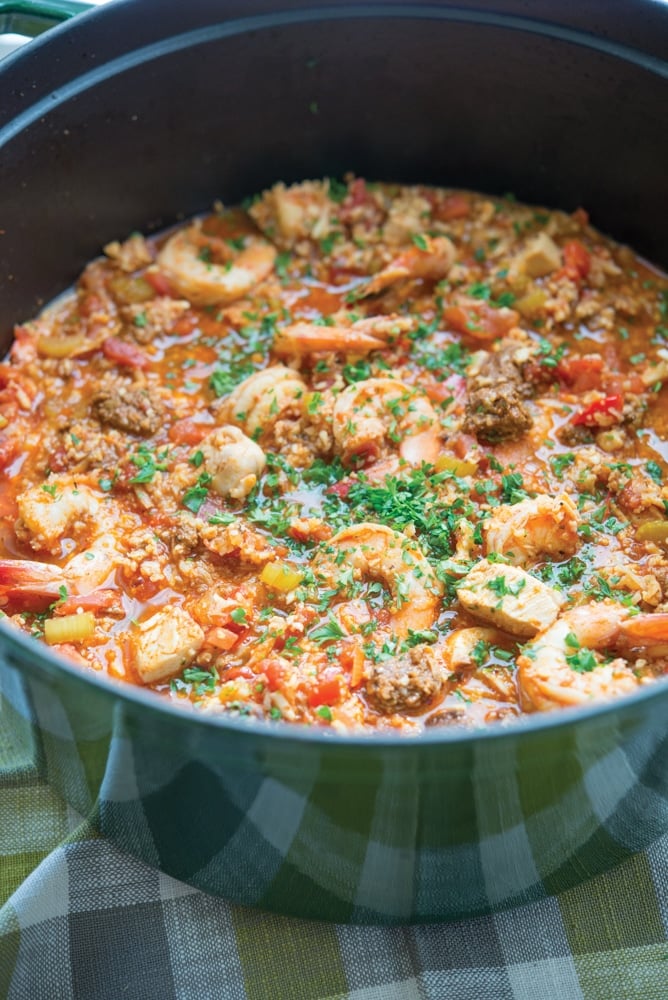 With bold, zesty cajun flavors, this shrimp jambalaya is a classic for good reason! It is the perfect warm, hearty one-pot meal to make for a crowd.

This shrimp jambalaya is a reader-favorite recipe from the Fed + Fit book! We’ve decided to re-publish it here because it is perfect for the holiday season. This dish is just a little bit spicy and filled with a variety of veggies and protein. It is ideal for a cold night and can be served over white rice or cauliflower rice. Jambalaya originates from Louisiana, where you’ll find tons of variations on the dish. This version includes chorizo, shrimp, and chicken for protein, celery, onion, bell pepper, and tomatoes for veggies, and a variety of Cajun spices like cayenne and oregano for flavor.

What is the difference between jambalaya and gumbo?

Gumbo is another classic Cajun dish popular in Louisiana, and we actually have a fantastic chicken and sausage gumbo recipe! Jambalaya and gumbo have many similarities. They both start with the ‘Cajun holy trinity’ of onions, celery, and bell pepper, often contain a combination of seafood, chicken, and sausage, and are seasoned with plentiful Cajun spices.

Unlike jambalaya, however, gumbo begins with a roux, a mixture of butter and flour, that is cooked down until it is browned. The roux gives the gumbo thickness and provides a distinct flavor to the recipe. Jambalaya, on the other hand, is more brothy because it doesn’t contain a roux, and the Creole version of gumbo is tomato-based, whereas gumbo does not contain tomatoes.

When developing this recipe, I was surprised to learn that the Jambalaya I’d grown up eating was actually Creole, not Cajun. What’s the difference? Simply explained, Cajun food is described as “country food” while Creole food is described as “city food.” Creole food often comes from New Orleans and has a blend of cultural influences including Italian, Spanish, African, and Caribbean foods (for a more in-depth explanation, see this article). The biggest difference between the two cuisines, however, is that Cajun food does not contain tomatoes.

So, the biggest difference between creole and cajun jambalaya is that the cajun jambalaya does not contain tomatoes. The other difference is that in Cajun jambalaya, proteins are seared before cooking. In this recipe, we’ve chosen to sear the proteins to add flavor, so it is a bit of a mix between both Creole and Cajun!

Now that we’ve talked a little bit about the history of shrimp jambalaya, let’s talk about what you’ll need to make a pot of this incredible stuff!

How to Make Shrimp Jambalaya

Now that you’ve got your ingredients, it’s time to get cooking! 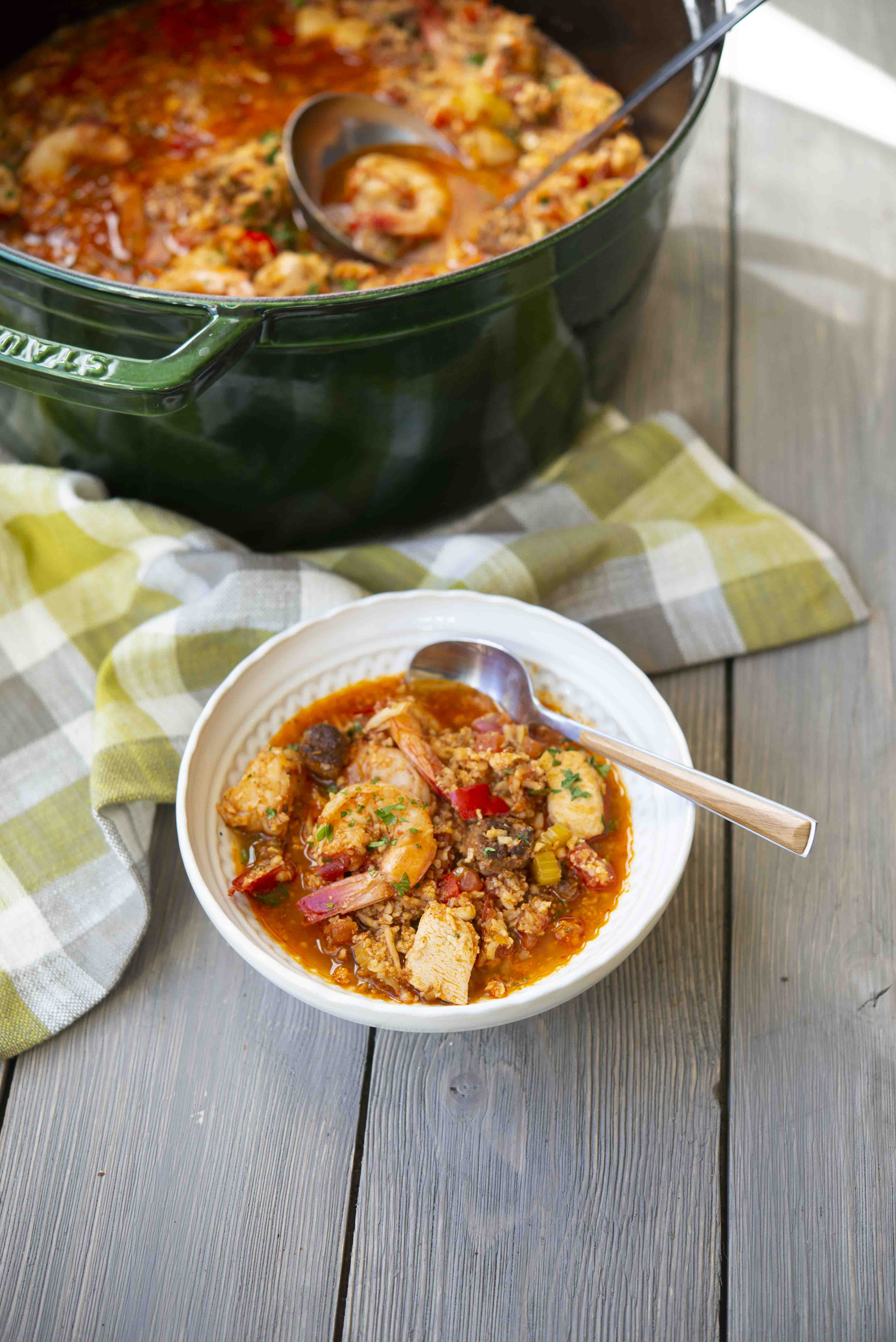 Can you freeze jambalaya?

YES! Jambalaya freezes beautifully. This recipe makes a BIG pot of jambalaya (about 10-12 servings) so we definitely recommend freezing any leftovers. To freeze, simply let it cool, then portion into Ziplock bags or glass storage containers, label it, then freeze for up to 3 months.  To reheat, you can either microwave it for 4-5 minutes from frozen or add it to a pot over medium heat on the stove and cook for about 15 minutes, until fully heated through.

We hope you love this shrimp jambalaya recipe! 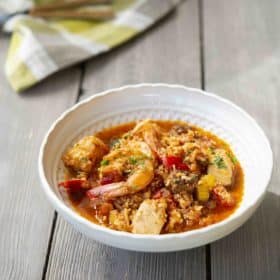